I love Burmese food and the cuisine is underrepresented in New York City. So I had no choice but to get good at cooking it. These were the dishes I prepared for a Myanmar-themed birthday party. 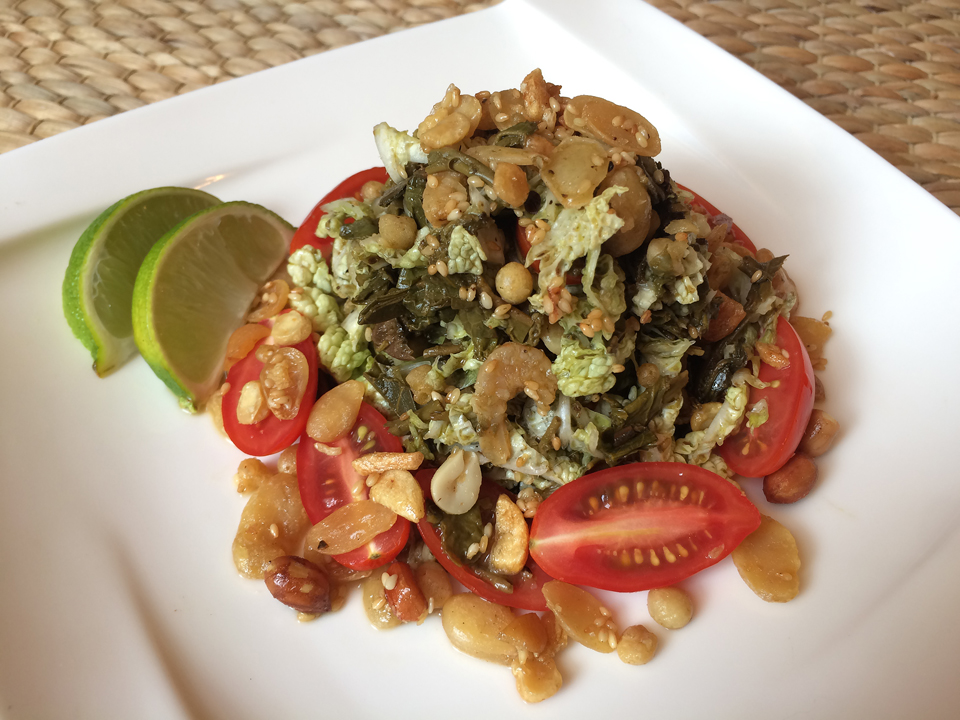 
Some components of Ohn No Khao Swè

The garnishes are essential although they vary from one version to the next – often fried bean fritters, caramelized onion, crispy shallots, various herbs, and slices of hard-boiled egg, kicked up with a squeeze of fresh lime. 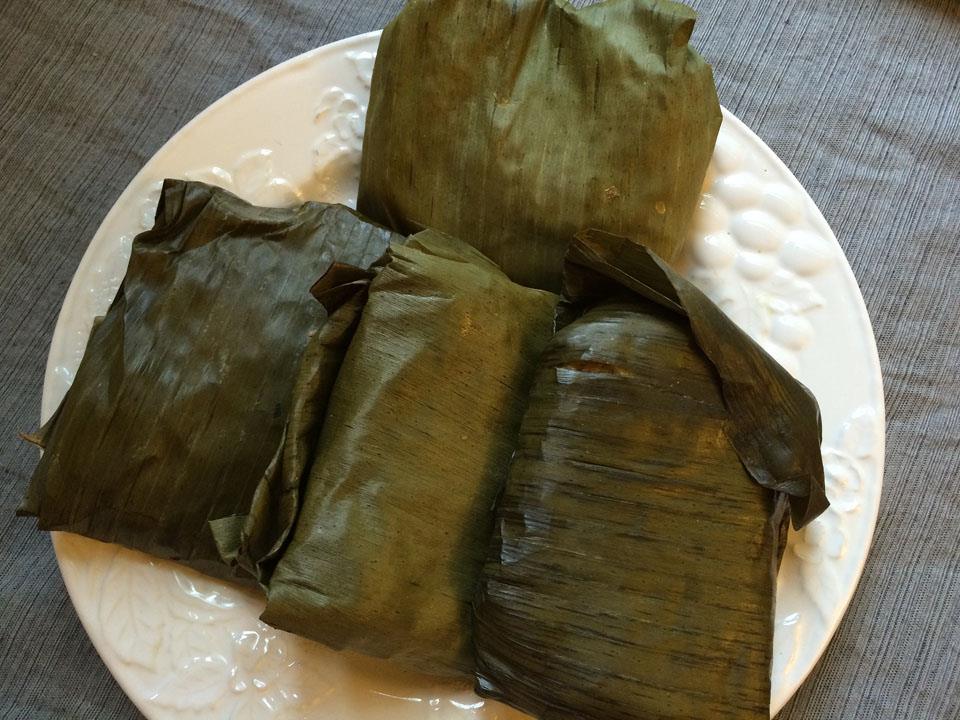 Pretty much my own invention. All the ingredients are authentically Burmese, but I don’t think they’ve ever been combined in quite this way. Anybody want to give this dish a name? 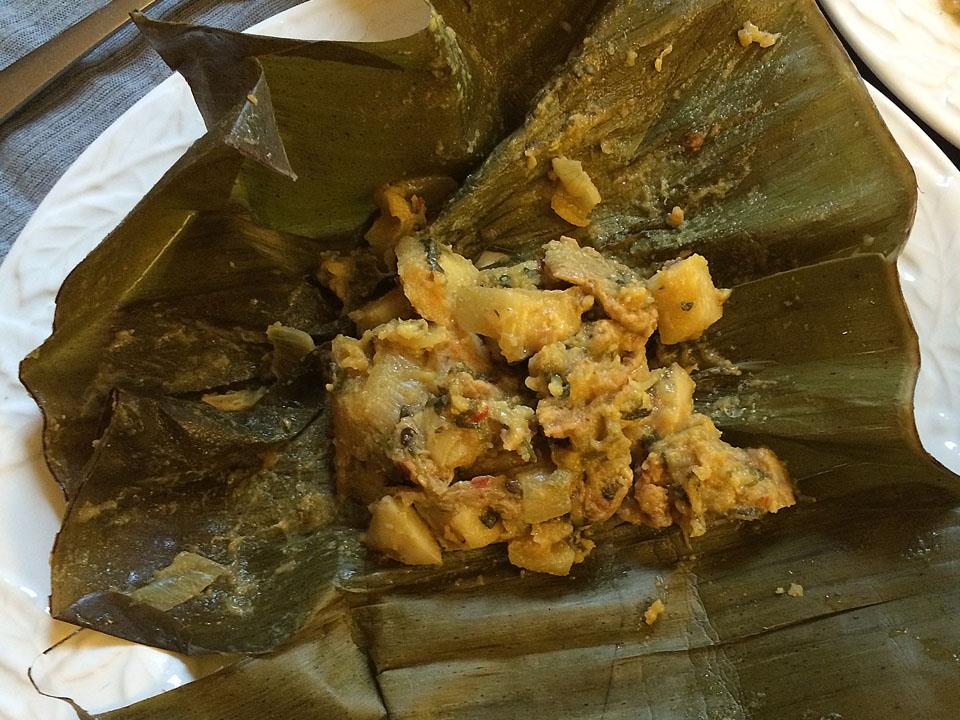 The creaminess comes from rice flour. I wish I had a better photo but I’m pleased to say they were snatched up too quickly for me to snap one.


My spin on a Burmese salad 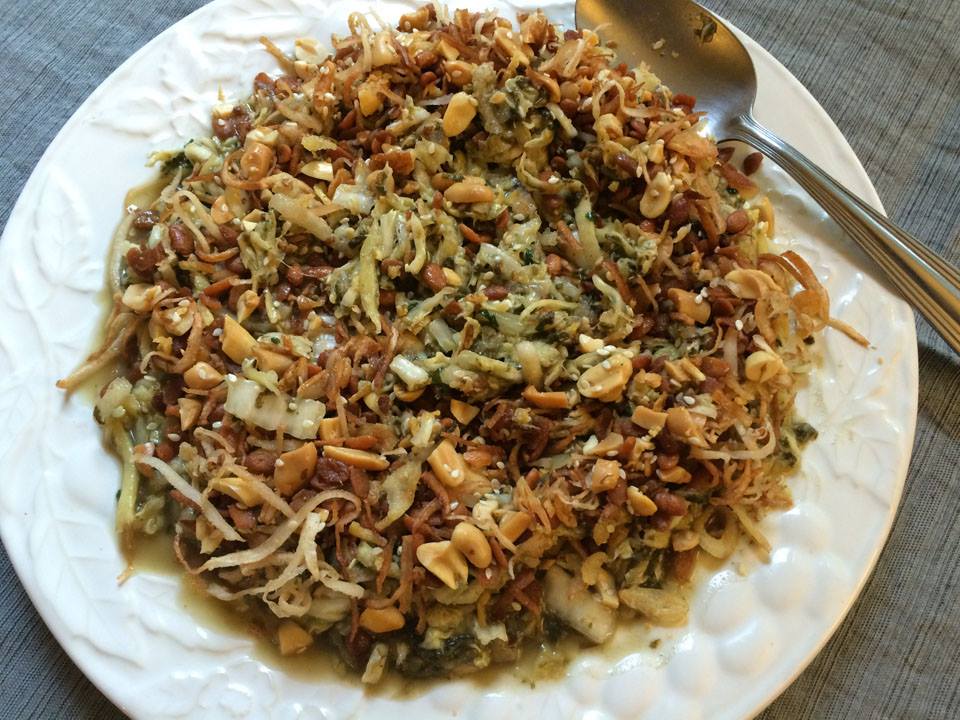 It started out like Gin Thoke (shredded ginger and cabbage salad) then I added some taro leaves and shredded Asian pear, dried shrimp powder, and a host of crunchy things including crisp fried shallots, peanuts, vatana beans and coconut. Still a work in progress. 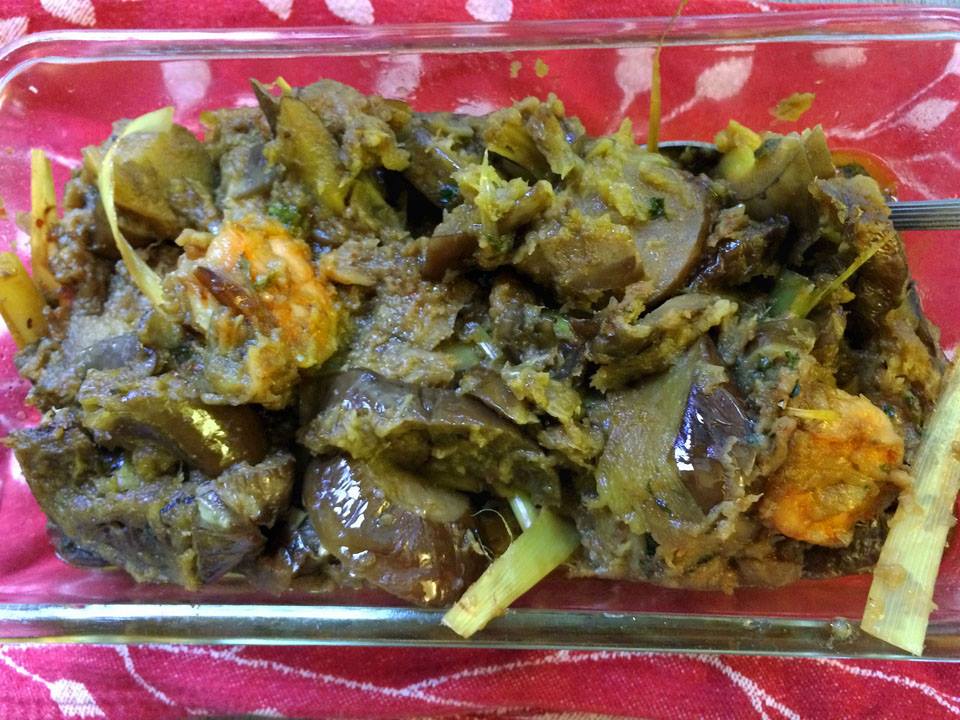 Not a great photo, but definitely good eats. This one is patterned after a dish I’ve enjoyed in Burmese restaurants and recreated based on taste memory; eggplant and shrimp with a lot of whole herbs like lemongrass and galangal plus savory additions like shrimp paste and fish sauce.

This was my first attempt at making Burmese 100 Layer Pancakes (sometimes called 1000 Layer Pancakes if you’re prone to hyperbole). Each was tweaked from the preceding one – more salt, more ghee, thicker pancake, different technique, etc. I’m eager to experiment with these again. 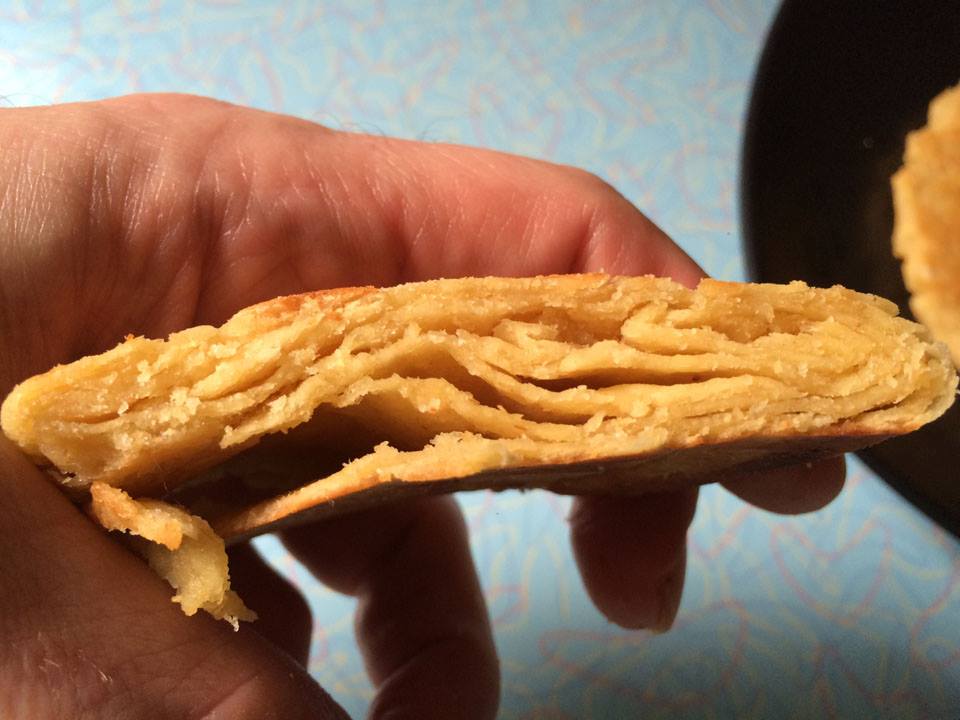 1 thought on “The Road to Mandalay”