A long time ago, in a century far, far away (or so it seems), there was an enduring earworm of a hit song entitled “Shrimp Boats Is A-Comin'” popularized in 1951 by singer Jo Stafford. (If you’re under 60 years of age, you can hear it here.) So being of a certain age and a lover of wordplay, the original title for Monday’s post about shrimp balls was, of course, “Shrimp Balls Is A-Comin’.”

Quite by coincidence, a couple of days before it went up, my webhost had dispatched a routine missive to their clients indicating that they had upgraded some underlying code and suggesting that we have a look at our sites to ensure that all was well. A healthy round of clicking revealed no anomalies, so I thought nothing of it.

Subsequently, I published the shrimp balls piece, apparently without incident, but although it looked just fine online, none of my subscribers had received the customary notification that a new post had dropped; everything else about it, text, photos, internal links and the like, worked as anticipated. I tried a repost. Nothing. I assumed that it might have something to do with the under-the-hood tinkering (perhaps involving the outgoing email system?) that had recently taken place, so armed with a steaming mug of coffee and prepared to spend the day staring at my computer screen while listening to music on hold, I called my webhost.

I’ll spare you the details because I’m certain that you’ve all been victims of Customer Support Abuse: scripted questions like, “Are you sure your computer is plugged in?” “Is the caps lock key engaged?” “Have you tried wiping it down with a soft cloth?” and finally, “All right then, I’ll escalate you to Technical Support…” [of course, I had already pressed 3 when I called initially] “…and when [WHEN?] we get disconnected, call us back. Please hold.” 🎶🎶🎶….

Clearly, algorithms are not programmed to include a sense of humor.


What follows is the post “Shrimp Balls Is A-Comin'” as it originally appeared; only the name has been changed to – ostensibly – protect the innocent.

Although in retrospect, I think the backstory is more likely to grab you. 😉 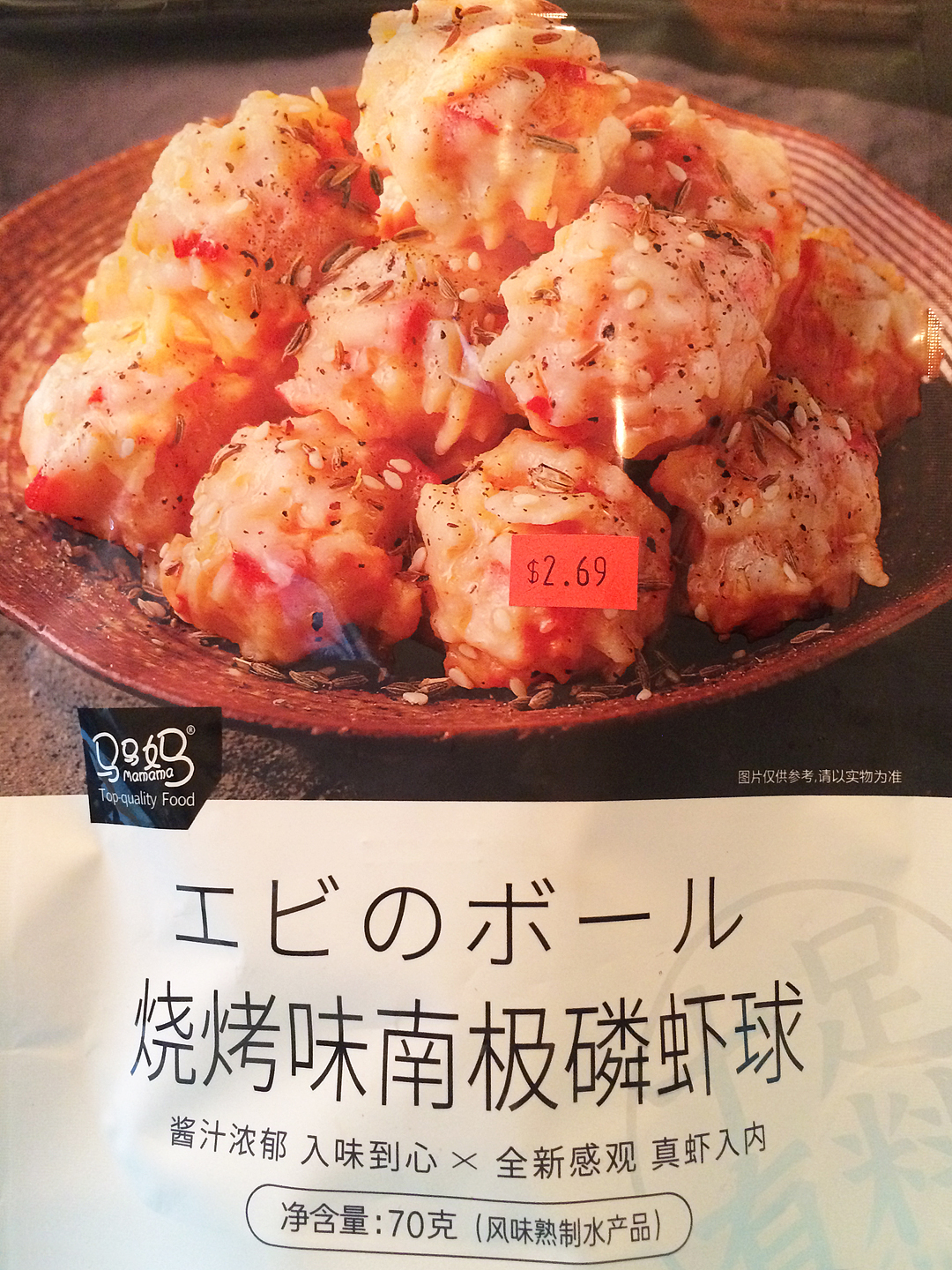 The Japanese inscription エビのボール reads ebi no bōru, shrimp balls, although it’s a Chinese product; the package shows a serving suggestion so don’t expect to find the sesame/cumin seeds or sprinkles of seasoning depicted in the photo. They bear some resemblance to the fish balls I wrote about in my post Goodness, Gracious, Great Balls of…Fish? (a particularly popular post among spammers, BTW – IDKW 😉) but rather than being something fished out of the freezer case destined for a soup pot or the like, these are a packaged item destined for snackin’ right out of the bag. 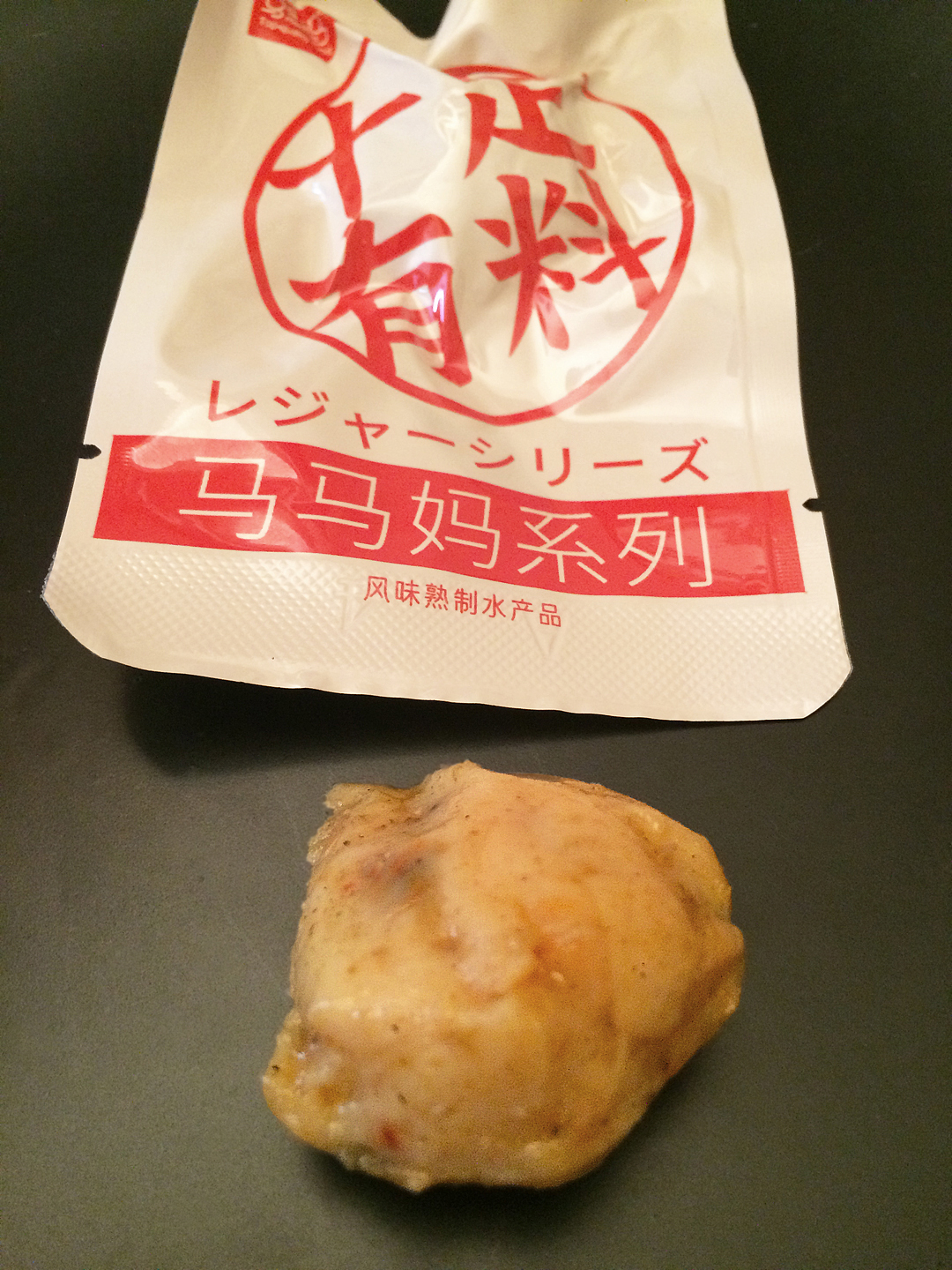 Individually wrapped as so many of these snacks are. 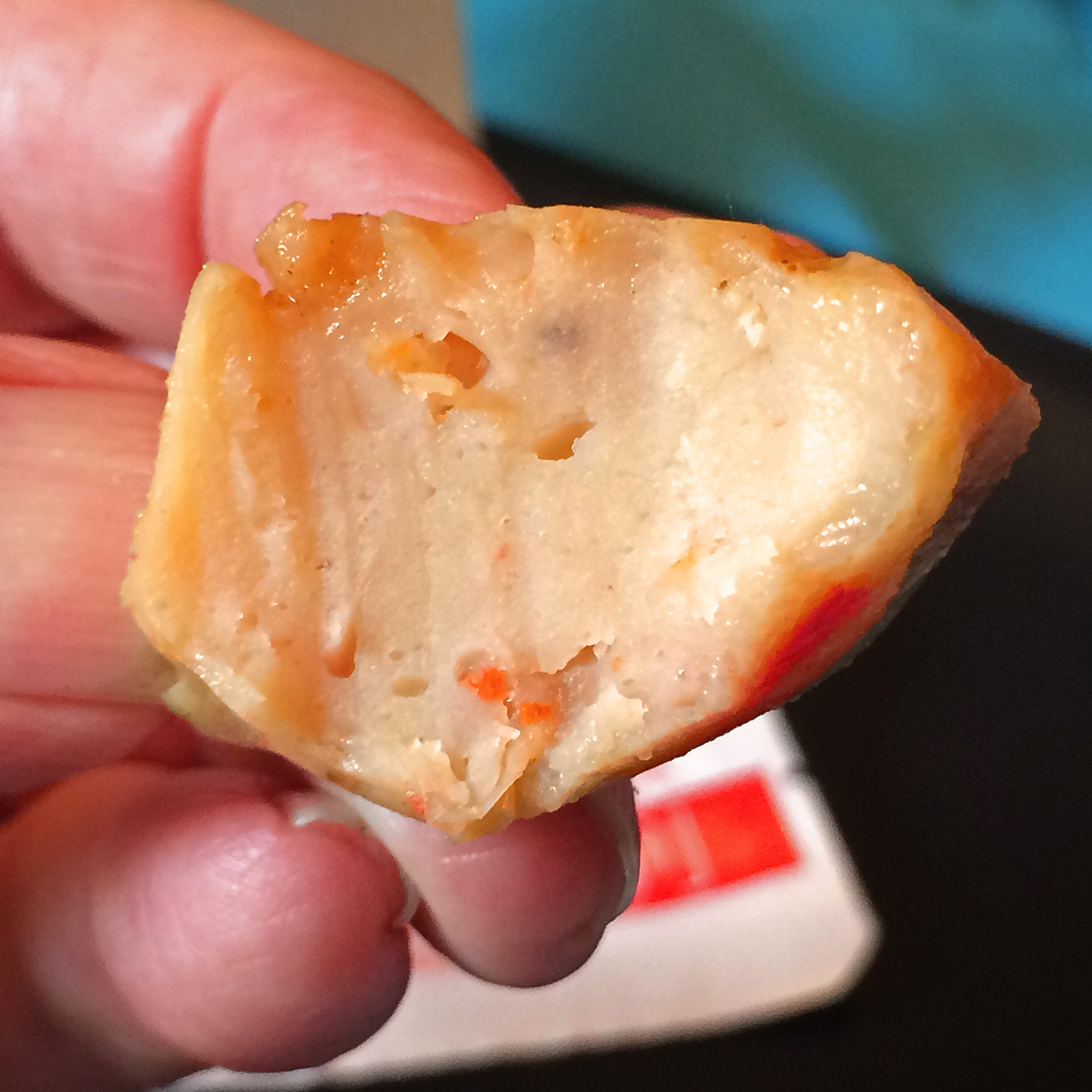 The inner workings. They’re moist, about 1½ inches in diameter, and actually pretty tasty; seems like there’s something more shrimp-related in there beyond what I’m guessing is mostly surimi masquerading as a higher form of seafood – plus the tiniest bit of spice. They have enough flavor on their own that I wouldn’t try to repurpose them into some loftier culinary creation; they might be more at home toothpicked with others of their ilk on a party platter.