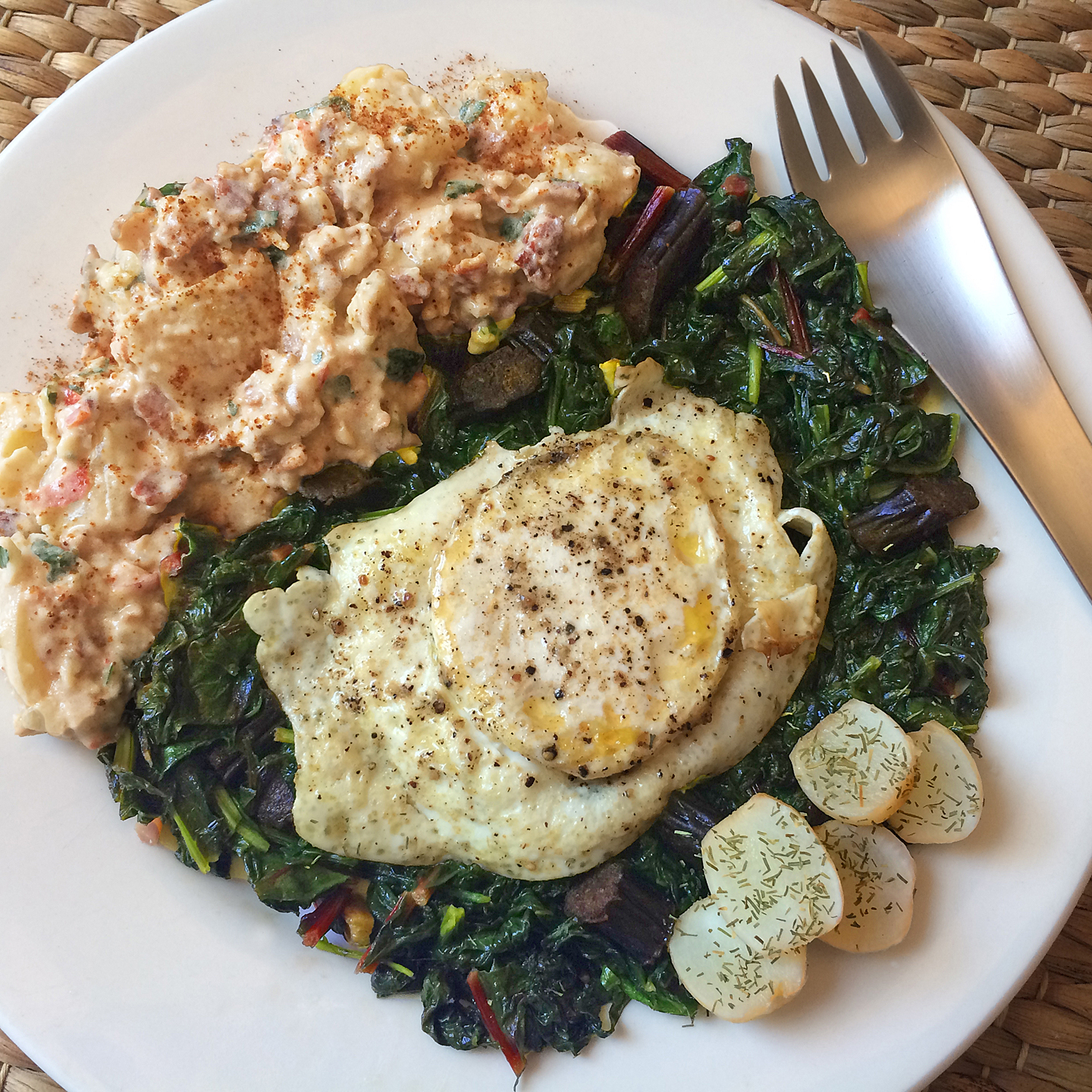 Today’s brunch actually started a few days ago. I had prepared some ribbons of collard greens (cooked just until tender, not to mushy death) using smoked pork necks as a base and my secret enhancements – a bit of butter, brown sugar, red wine vinegar, and hot sauce (not secret anymore, I guess) – in the pot likker to bring some character and complexity to it. For the uninitiated, pot likker (i.e., pot liquor) is the heavenly liquid that is left over after greens have been cooked. Needless to say, after I consumed the collards, I saved the pot likker to work its magic on another day.

Today was that other day. It happened that I had a bunch of greens from various sources in the fridge: kale, beet greens, mustard greens, and redvein dock; I also had a few stems of Tokyo turnips (aka hakurei turnips), the leaves of which would integrate perfectly with the verdant mélange, and of course, the transcendent pot likker waiting to be called upon to glorify the mundane.

On the side, I dished out some leftover potato salad with bacon (one of my signature recipes that calls for a ratio of 2 pounds of bacon to 4 pounds of potatoes plus lots of other good stuff) that I had recently made for a party (you know, how to win friends and influence people). The Japanese turnip roots got a shower of dill. But it still needed a bit more zhuzh to make a proper meal of it, so after a bit of contemplating, an over-easy fried egg with lots of freshly ground black pepper did the trick.

For a bunch of remains and surpluses, this is one of those times when the leftovers outshined their progenitors.