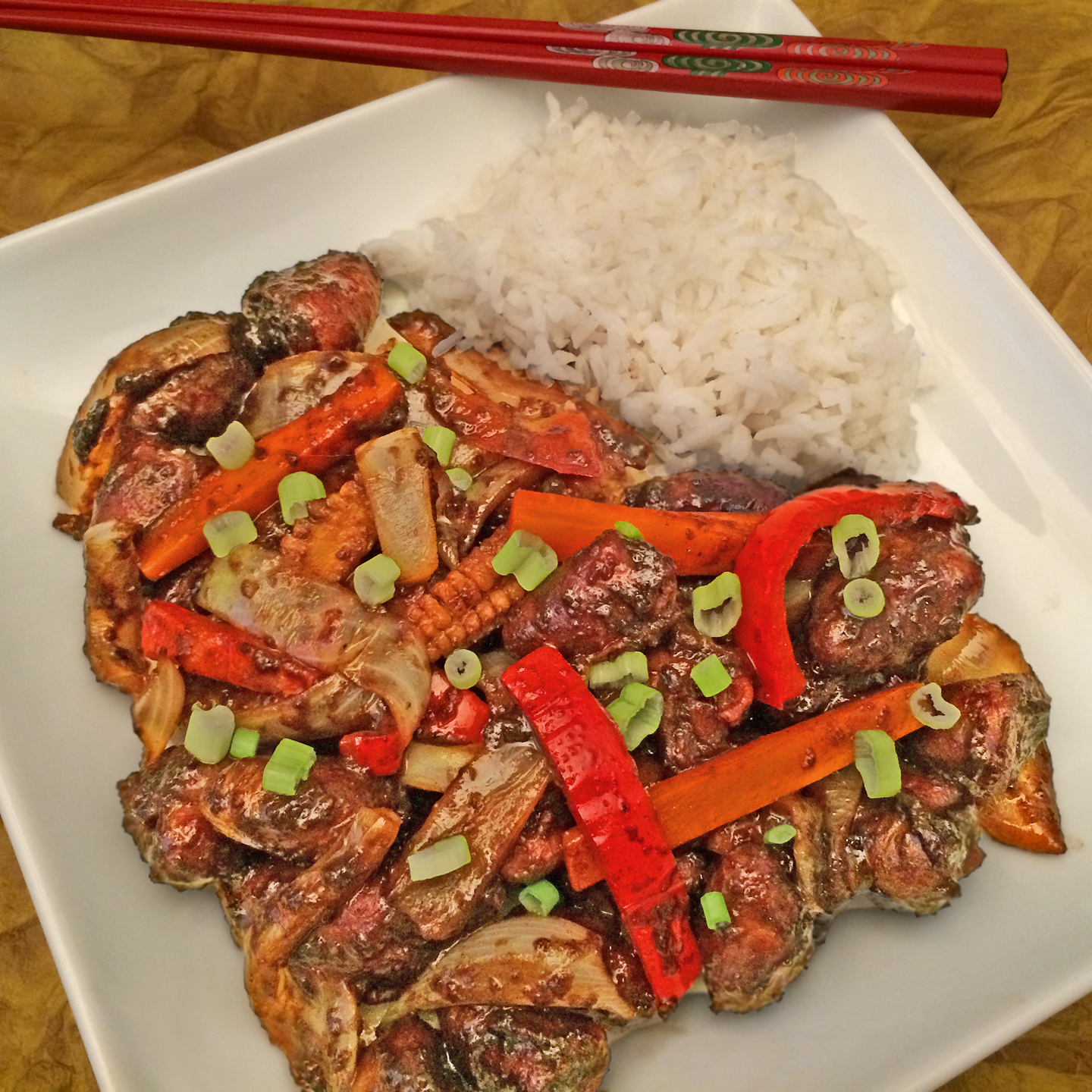 When I spotted chicken hearts (a personal favorite) while shopping in Chinatown, I purchased them without contemplating their ultimate fate. Something Southeast Asian perhaps, maybe even Malaysian, a cuisine I love partly because it’s been influenced by so many nationalities. I don’t usually do much Malaysian home cooking, and when I do, I follow a recipe pretty closely, but expediency prevailed over authenticity this time.

The sauce would be built on belacan, a hyperpungent fermented salted shrimp paste, but when deployed in proper balance with other ingredients, it’s all about umami, not funk – much the same way that the anchovies in Worcestershire sauce or Nonna’s Sunday gravy bring a certain je ne sais quoi to a dish. (Hey, five cultures in one sentence – not bad.) The aforementioned other ingredients in this case were puréed fresh onions, garlic, ginger, lemongrass paste, red pepper paste, tamarind paste and palm sugar.

Next, I sliced some colorful fresh veggies into strips: red bell pepper, onion, carrot, bok choy, and Roma tomato (perfect for this because they’re not particularly juicy) and baby corn; rice on the side.

Stir fried the hearts first (they need to pick up color, especially if you’re not grilling them), then a batch of vegetables, added back the hearts followed by the purée and finally a touch of coconut milk to bring it all together.

And mirabile dictu (that’s six, but who’s counting?), I actually wrote down all the ingredients this time!

Unfortunately, not the quantities. Some things never change.