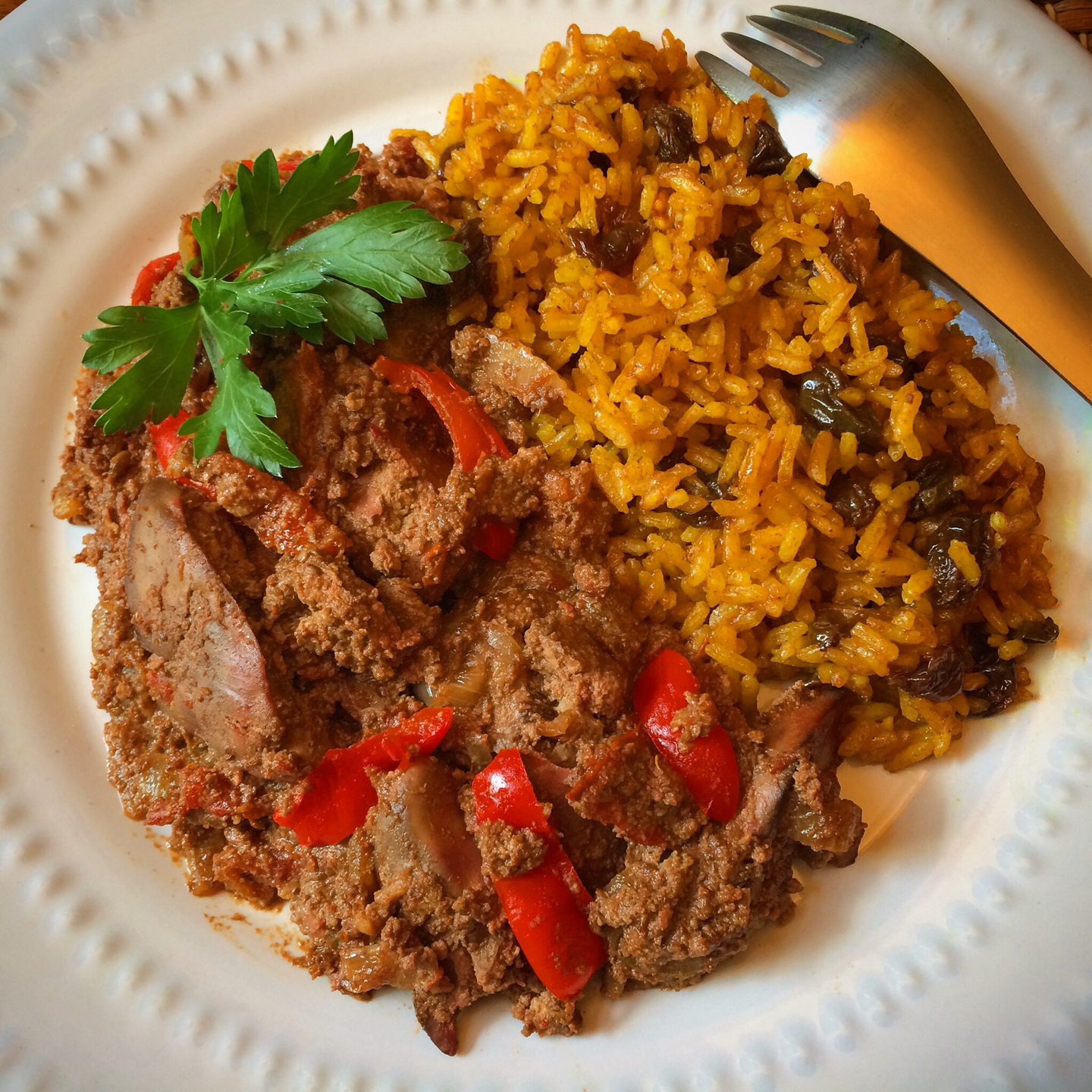 Chicken livers in the freezer. Sure, I could just fry ’em up with some onions but there’s not a lot to write about that, is there? So I perused the Interwebs for ideas and found a few recipes for South African Chicken Livers Peri Peri, a spicy treatment brought by the Portuguese in colonial times. I spliced together a number of recipes and came up with a dish I might actually make again.

I had most of what I would need on hand including (but not limited to) onions, garlic, and canned tomatoes; bay leaves, cumin, coriander seed, hot chilies and smoked paprika; and Worcestershire sauce and brandy. Since I’m pretty much out of dairy and produce, however, cream and fresh red peppers were scarce commodities. BUT – since most of the recipes called for both fresh lemon juice and cream, I substituted buttermilk (yes, it can be, and was, frozen), and jarred Peppadews took the place of the sweet red peppers, vinegar and sugar. Lekker!

Now, for a South African side dish that didn’t involve fresh produce, I leaned on rice again. This one was easy: there was a profusion of recipes for yellow rice that called for turmeric, sugar, cinnamon and raisins. Wait – rice, sugar, cinnamon and raisins? Why, that would be a first cousin to rice pudding, the ultimate comfort dessert (okay, maybe that’s just me) – sans milk, of course.

Et voilà, the combination succeeded! The sweetness of the rice dish played off the spiciness plus the inherent intensity of the liver and the creaminess of the liver worked with the fluffy rice. Too bad I didn’t write down the quantities of the ingredients as I tossed them in with my customary reckless abandon; these two were worth keeping. But isn’t that always the way?