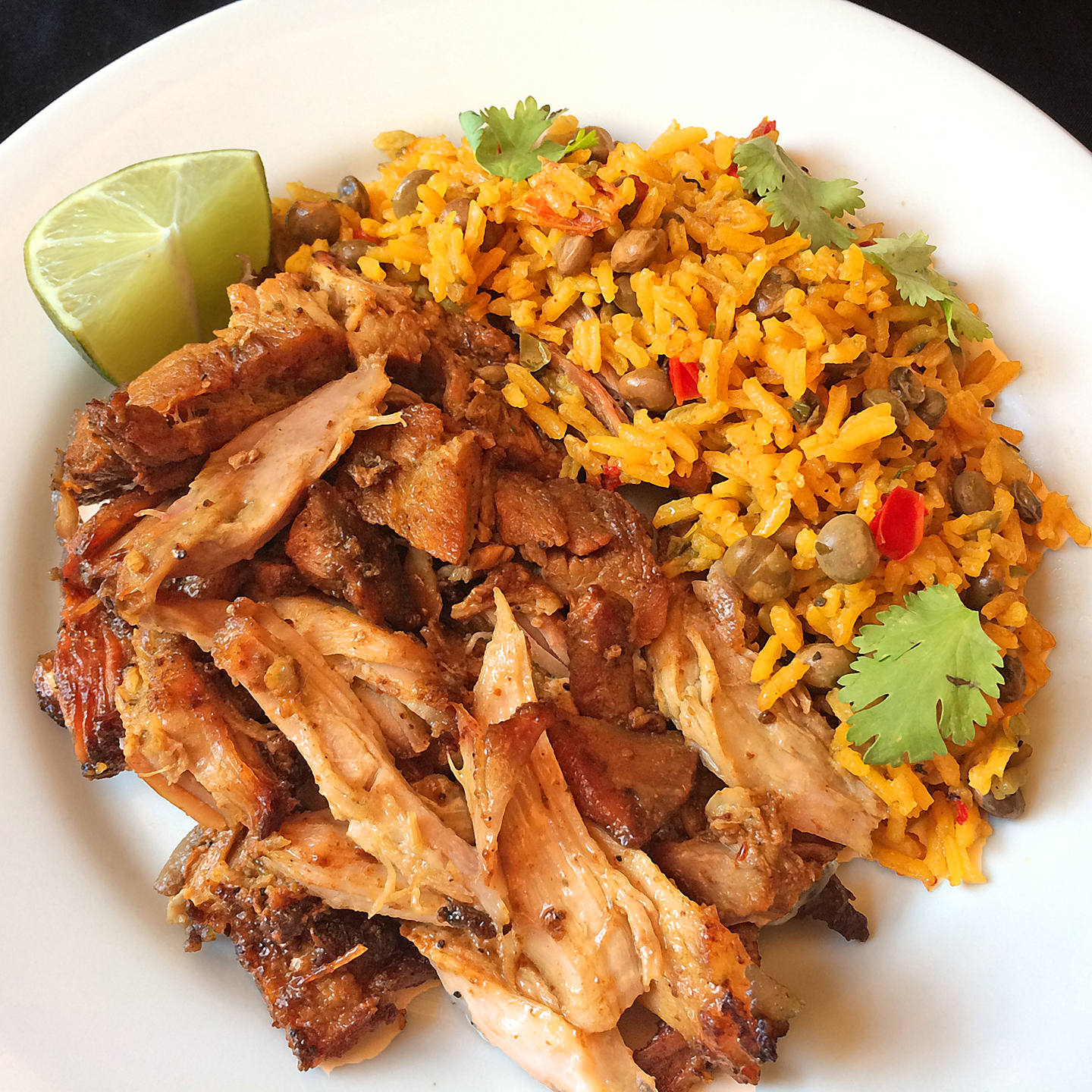 Saying that pernil is basically a pork roast is like saying that Christmas is basically a holiday. I mean, it’s true as far as it goes if reductionist understatement is your thing, but I’m confident that if you’re familiar with pernil, you understand why I find it irresistible. And apropos of that analogy, in parts of Puerto Rico, the Dominican Republic, Cuba and elsewhere in Latin America, Christmas wouldn’t be Christmas without it; fortunately, it’s a year-round treat. Each region champions its own slightly different spin on the recipe. Having experimented with many variations over many years, I’ve developed my own take on it as well; I can’t lay claim to any degree of authenticity, but I can proudly state that it is delicious.

I’ve found a multitude of recipes online set off by stunning photos more tantalizing than any I could ever capture, but I can’t help but be a little circumspect about some of them. For example, one suggested working in the garlic and rubbing in the spices just before cooking; my interpretation (like so many others) marinates the pork in the fridge for about 48 hours. That may have been the same recipe whose snapshot included a kitchen knife presumably responsible for those freshly carved picture-perfectly smooth slices. Again, I’m no expert, but I’ve never seen it served like that. You don’t carve pernil. You pull it apart with tongs or forks but never cut it into elegant slices. And I suspect that that was also the recipe that called for roasting it at 350° for three hours. Three hours? No wonder they had to use a carving knife! After three hours, pernil is cooked, but it isn’t done. What you see here came from a pork shoulder that spent fully 8½ hours in an oven that limboed as low as it could go (what’s the opposite of 11?) until the final minutes when I cranked up the heat to crisp the skin. (Mmmmm….chicharrónes!) 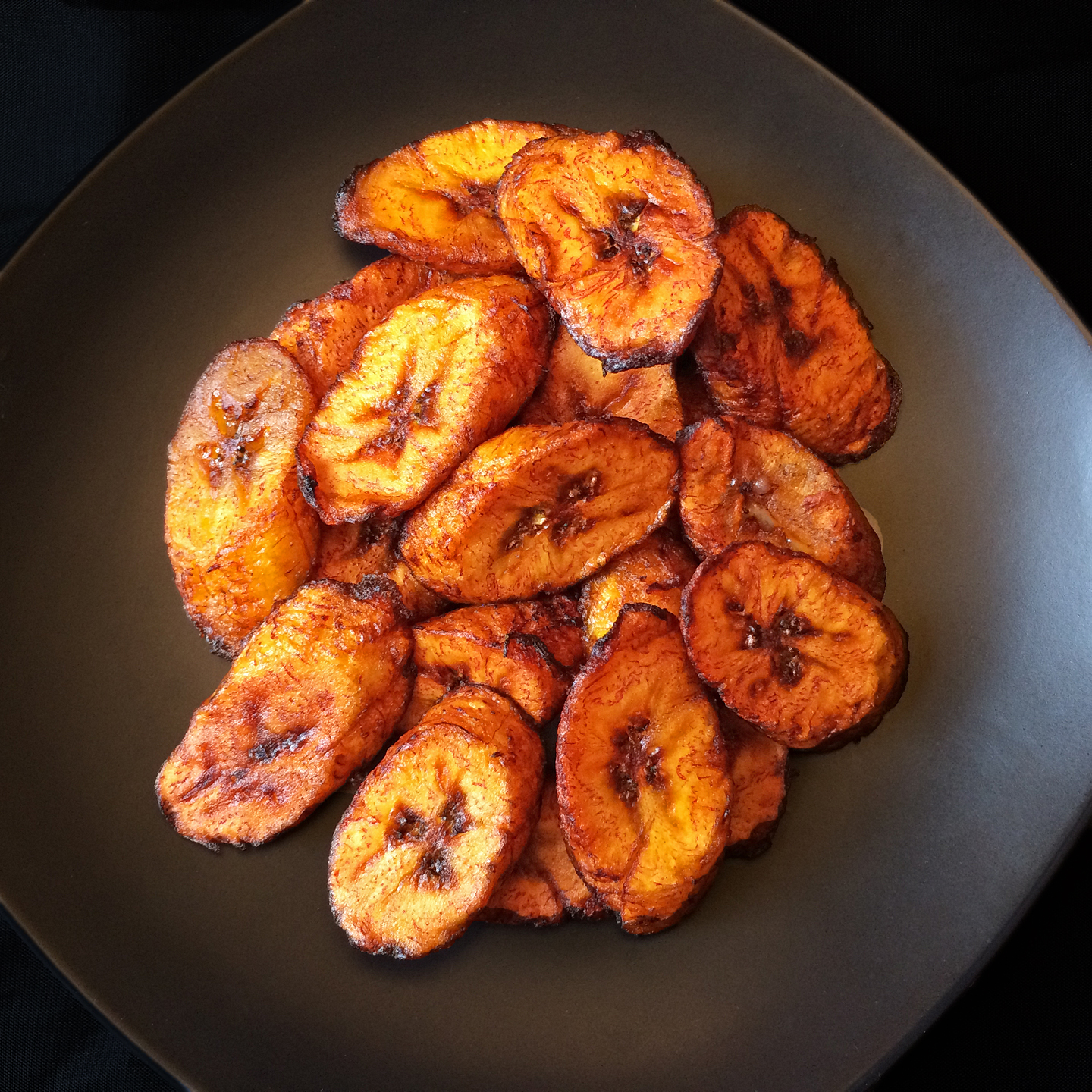 I serve it with arroz con gandules (the time-honored accompaniment of rice and pigeon peas) and maduros (fried ultra-ripe plantains: if a potato and a banana had a love child…well, you get the idea). Tostones are traditional, but I can never get enough maduros.

I’m pleased with my ultimate combination of herbs and spices that collaborate with all the garlic that goes into the marinade – cumin, oregano, Goya Sazón with culantro y achiote, and also with cilantro y tomate, adobo, black pepper, paprika, fresh cilantro, plus a little chipotle in adobo (totally inauthentic) and naranja agria (bitter/sour orange juice) for the all-important acid component, olive oil, and lots more. As a matter of fact, that marinade, after cooking, transmogrifies into the most amazing gravy. But since I’ve never seen gravy served with pernil, I always reserve it: waste not, etc.

If you’re curious about how I repurposed it this time, stay tuned for the next post!