A dear friend from our prehistoric ivy-covered days at Yale was visiting from California and staying in Williamsburg, Brooklyn. My challenge was to introduce him to a cuisine he probably had never sampled while still not schlepping him miles away from his accommodations pro tem. The solution was Cheeseboat, 80 Berry Street in Williamsburg – Georgian food sans subway excursion.

Cheeseboat features Georgia’s greatest culinary hits and there were three that I particularly wanted him to try: 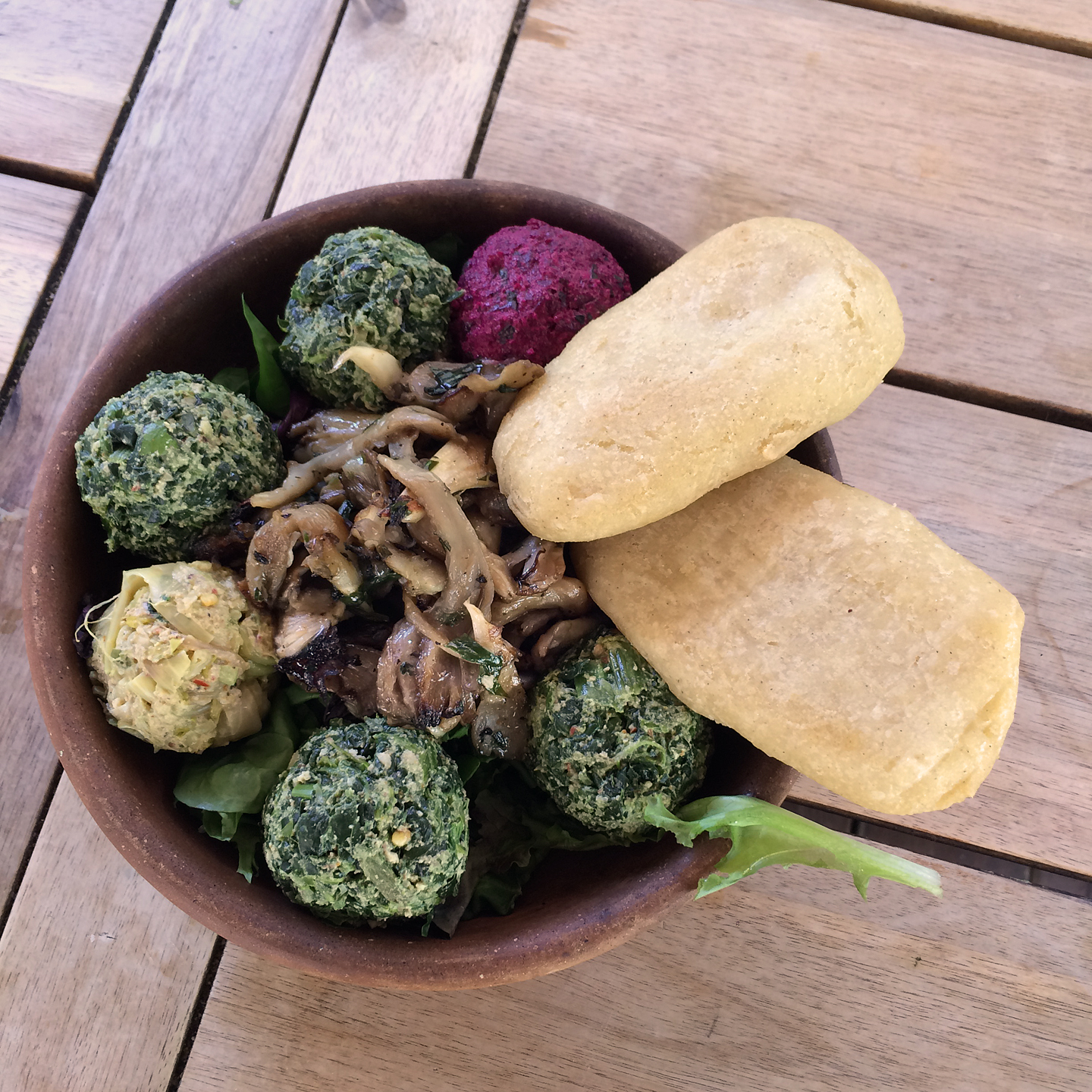 We started with the Pkhali Sampler. Pkhali is often described as a vegetable pâté, a spread, a dip, or even a salad – all approximately correct. In essence, it consists of a cooked single type of vegetable plus walnuts, garlic and cilantro, ground together into a paste. The veggie component can range from carrots, beans, or eggplant to a host of others; among the most common, and on today’s plate from the top counterclockwise, are beets, spinach, and leeks, served in this case with mchadi, Georgian corn bread, and spiced oyster mushrooms. 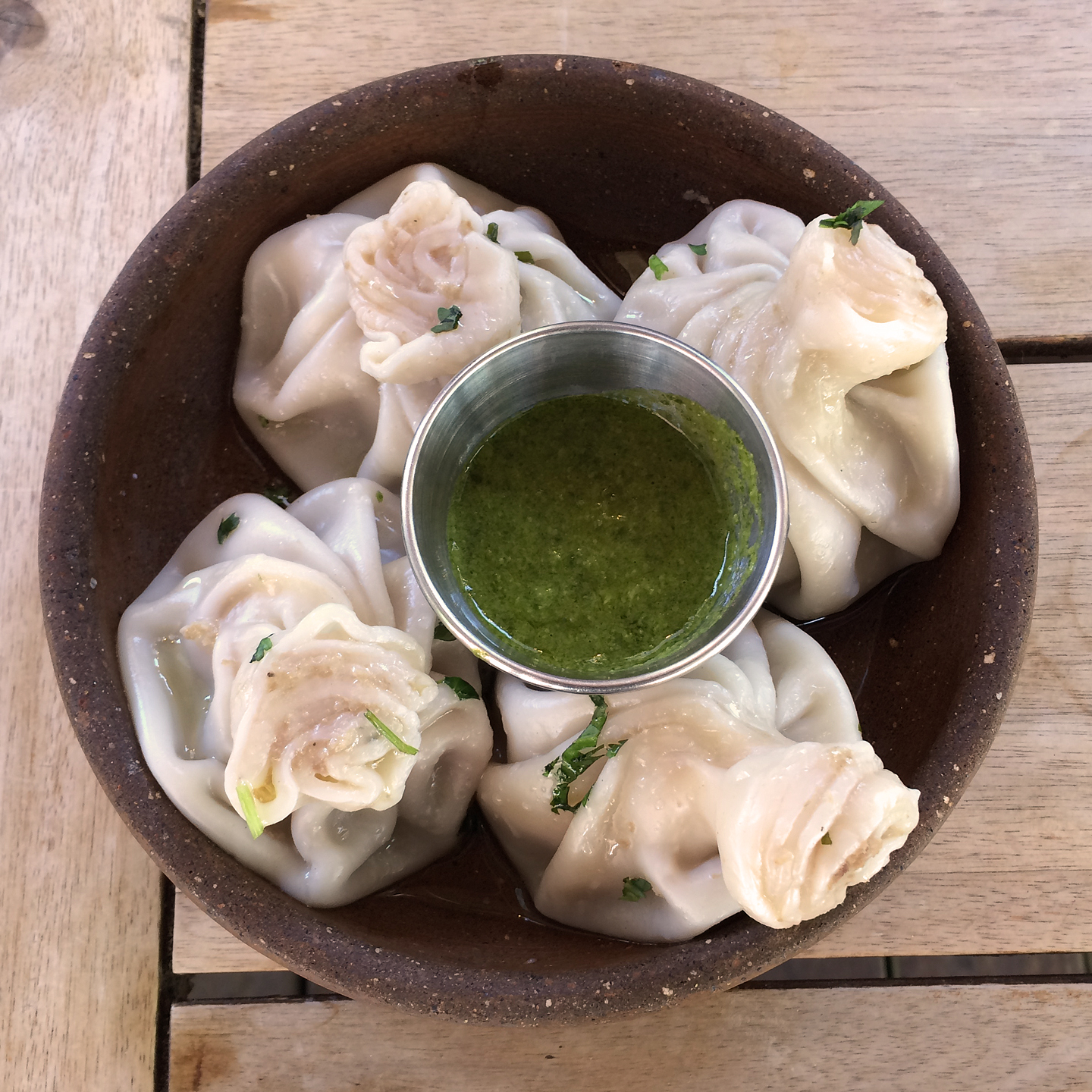 These are Khinkali, stuffed with seasoned ground beef, which the menu describes as “soup dumplings”.

Now, the cool thing about khinkali is that topknot of twisted dough. Not only does it form a protective structural seal, but it also provides a convenient handle by which you can elevate the treat from plate to mouth. I’m told you’re not really supposed to eat that appendage, and I agree that it’s a little chewy, but that doesn’t stop me. Try lubricating it with the thoughtfully provided “traditional garlic Nee’ortskali sauce” (Ortskali is a river in Georgia). Yum. 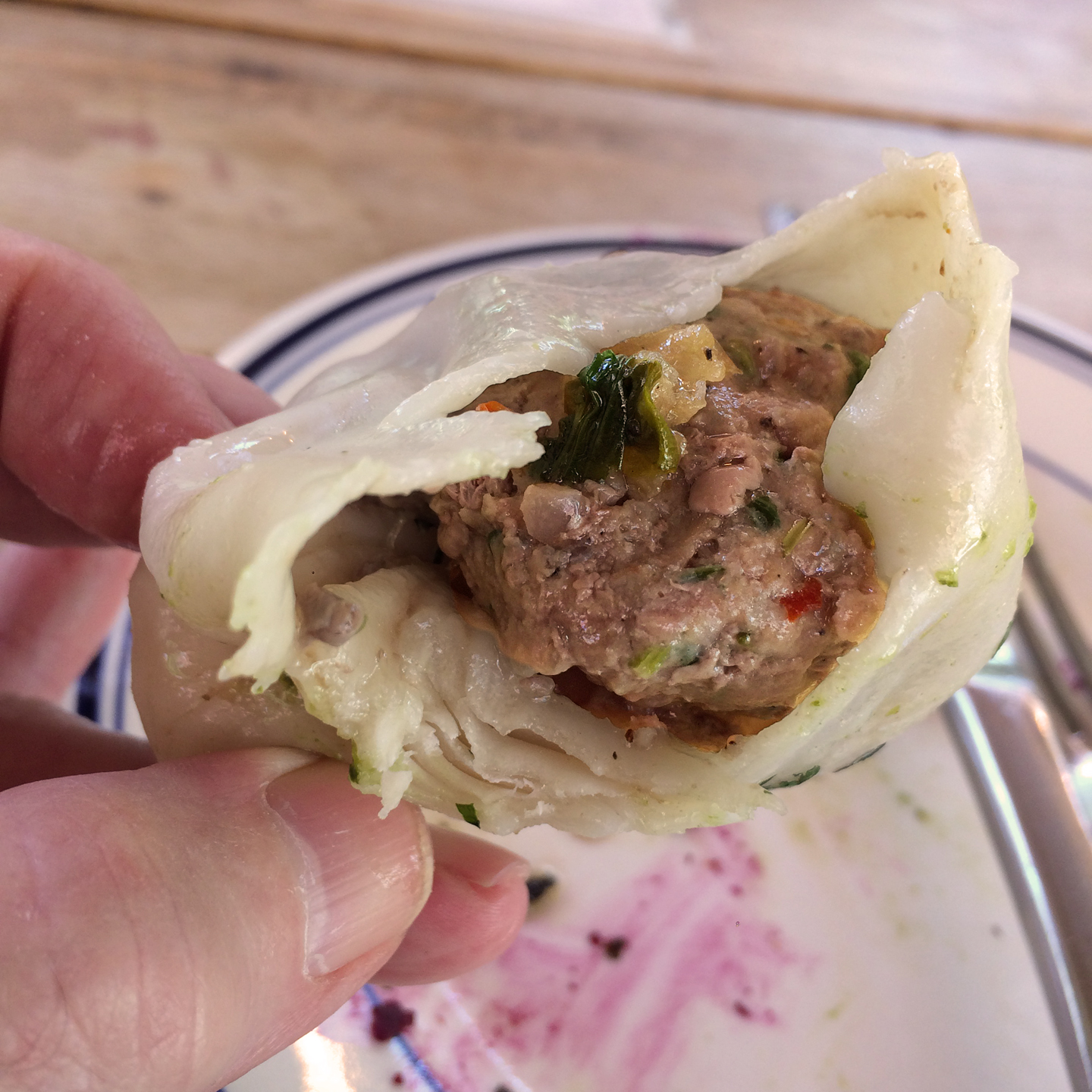 The obligatory inner workings shot. Note the absence of soup. 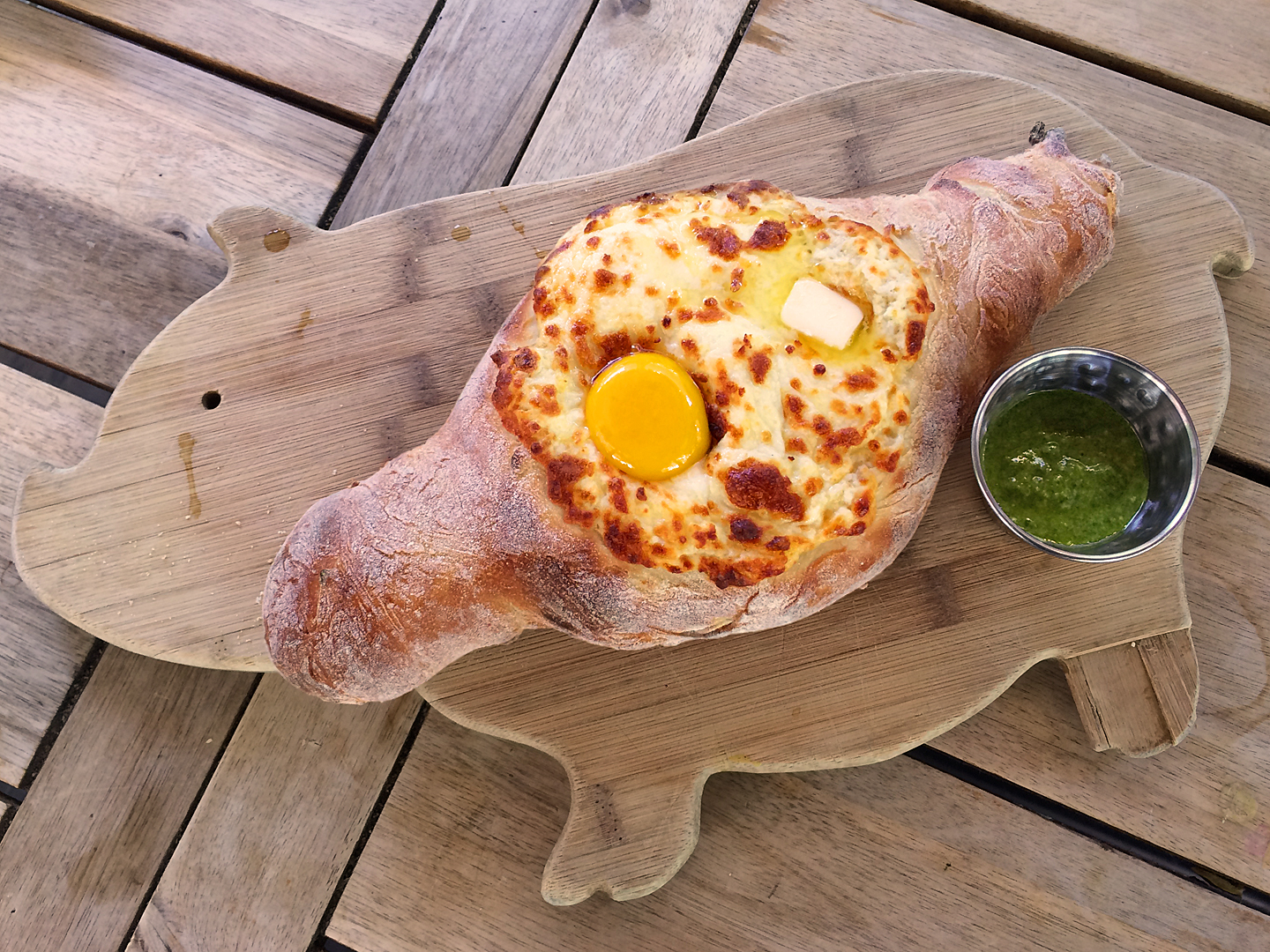 If you’ve had any experience with Georgian food, you probably know about khachapuri, the Georgian cheese bread that comes in several varieties. One of the most popular is adjaruli, although it’s only referred to as a cheeseboat here. But since that’s the name of the restaurant and they offer fourteen not-quite-Georgian variations on their specialty from mushroom to steak to shrimp, I’ll accept the conceit. This is the standard variation. Shaped like a kayak, the center of which is filled with cheese, a raw egg and a chunk of butter are added just as it’s removed from the oven. Stir the mixture: the egg cooks and combines with the butter and melted cheese. Break off pieces of the bread and dip them into the cheese mixture. Hot bread with melted buttery cheese that you eat with your hands, fresh out of the oven – what’s not to like?