In my last post I wrote that I had been spending an inordinate amount of time in the Latin American section of Brooklyn’s Sunset Park (no, not “Parque Atardecer,” but wouldn’t that be cool?) tracking down a variety of Mexican and Central American cremas in a quest for the best. Among the scores of restaurants in the neighborhood, there is one that notably displays great tempting piles of freshly crackled chicharrónes in all their fried porky glory in its front window: La Isla Cuchifrito at 4920 5th Avenue.

La Isla Cuchifrito. Fried Pork Island. Pretty much says it all. (BTW, if anyone reading this remembers “Fried World” on Eighth Avenue in Times Square from decades ago, we can be BFFs. But I digress.) In my monomaniacal pursuit to find the crème de la cremas, I strode past that seductive window any number of times and each time I passed, a voice in my head whispered, “Just do it. You know you wanna.” Finally, the provocative whisper grew into a stentorian shout and I succumbed. 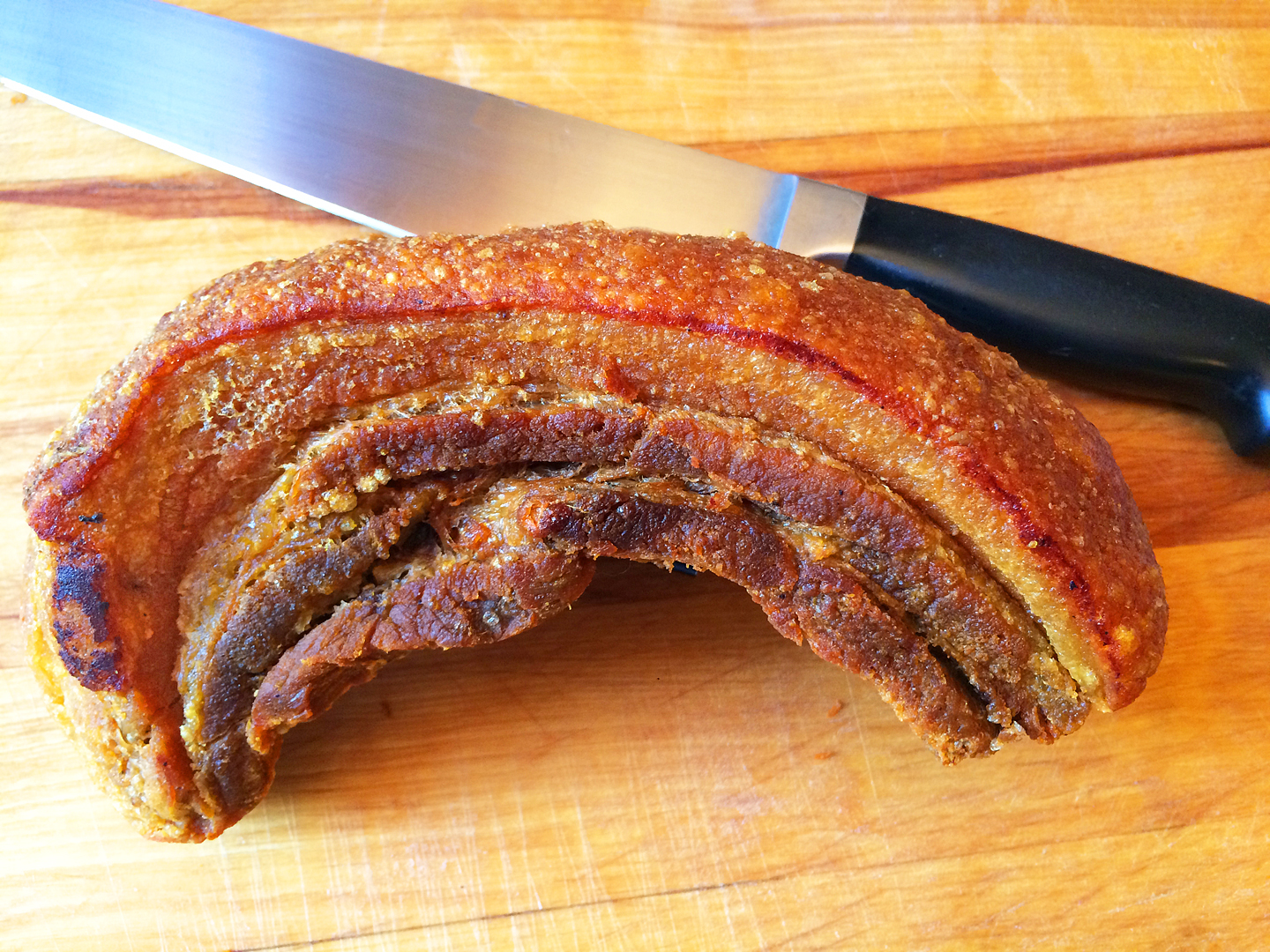 I entered the establishment and pointed to one of the many perfect specimens of chicharrón that had been calling out to me. The fellow behind the counter extricated it from its window seat and set it on a chopping board. Brandishing his cleaver wordlessly, he cast an eye toward me as if to get permission to hack it into manageable chunks. I stopped him mid-backswing because I knew I wanted to take a photo of the whole thing once I got it home so you could see what all the fuss was about. “Entero, por favor,” I essayed. 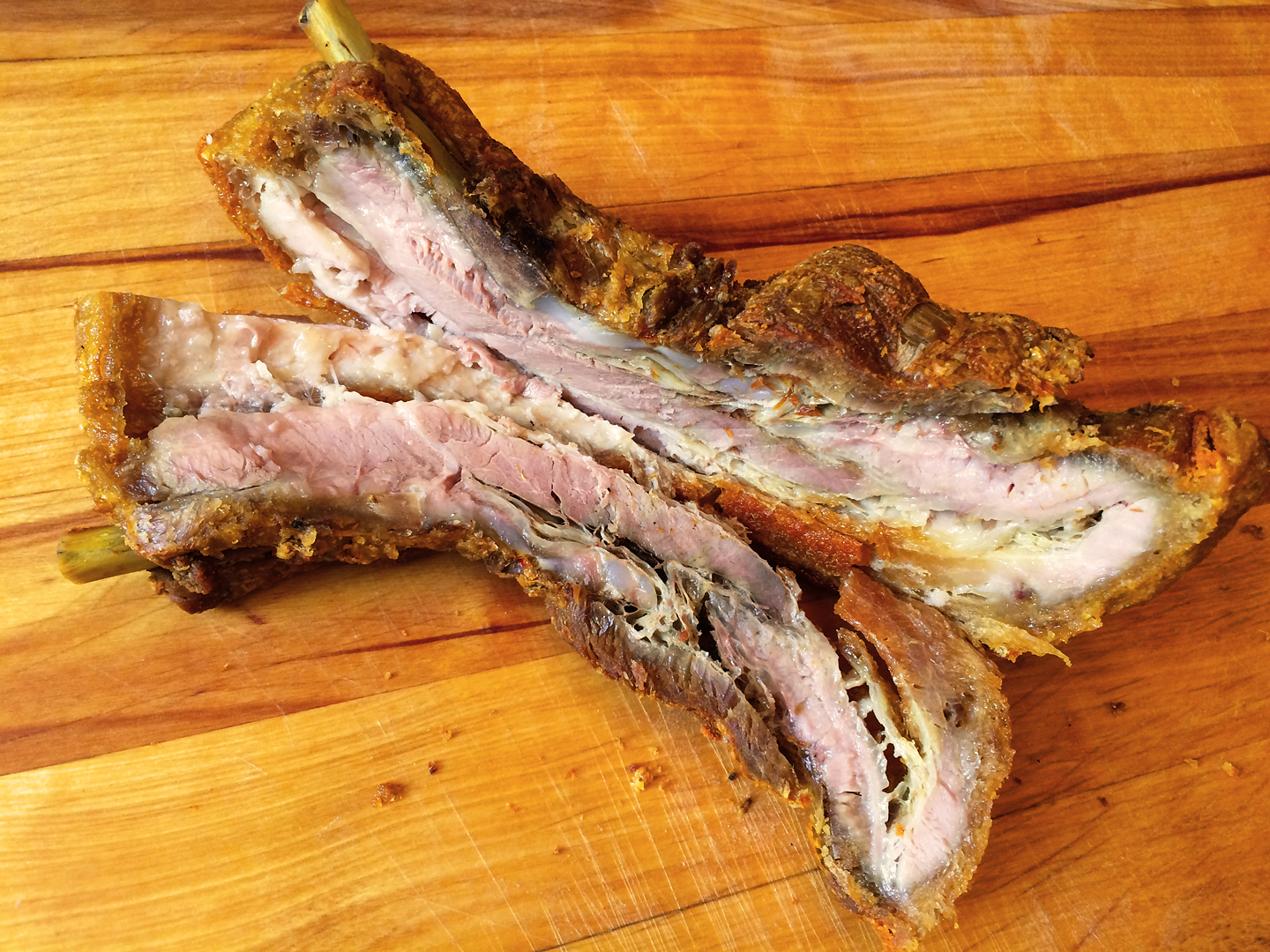 Split down the middle to reveal the inner workings. There are three distinct layers of heavenly deliciousness here: the crackly skin that is at once crispy and crunchy, a vein of fat that I swear liquefies as you chew, and a layer of savory seasoned pork. The ideal bite comprises a bit of each. 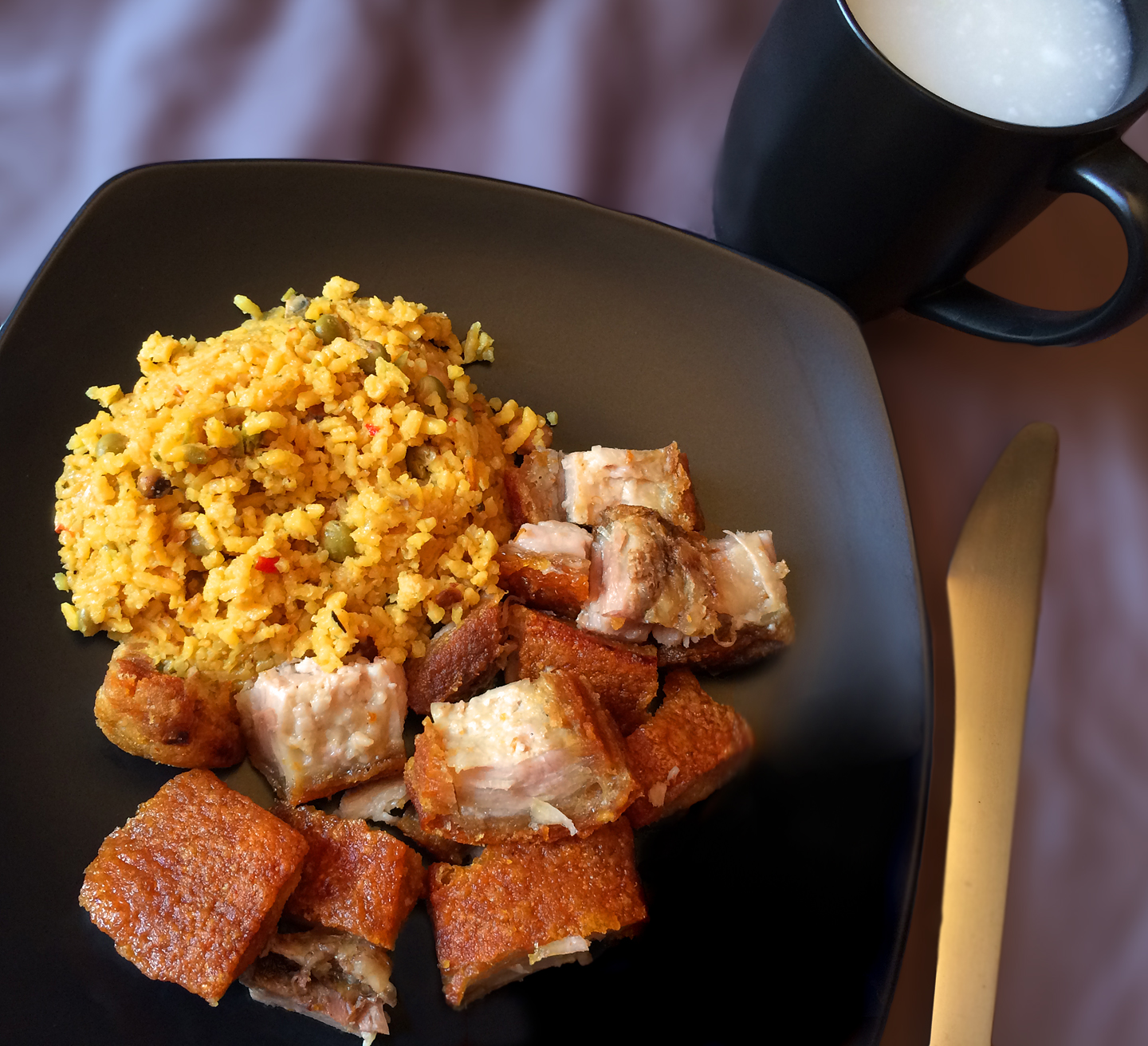 On the plate along with some homemade arroz con gandules and some stoop line vended atole de granillo, a dense but meekly flavored corn-based gruel.

Normally at this juncture in the narrative, I would wax rhapsodic. But I’m not about to let this get cold.