Chuseok (추석) or Hangawi (literally “autumn evening”) is a major mid-autumn festival in Korea celebrated this year from September 9th though the 12th; because it’s a harvest festival, it’s sometimes referred to as “Korean Thanksgiving”. Needless to say there are traditional foods and even traditional table settings.

I wish I could say that these photos are part of that tradition, but they are, nevertheless, quintessentially Korean dishes from my local Korean deli. Here’s a rundown: 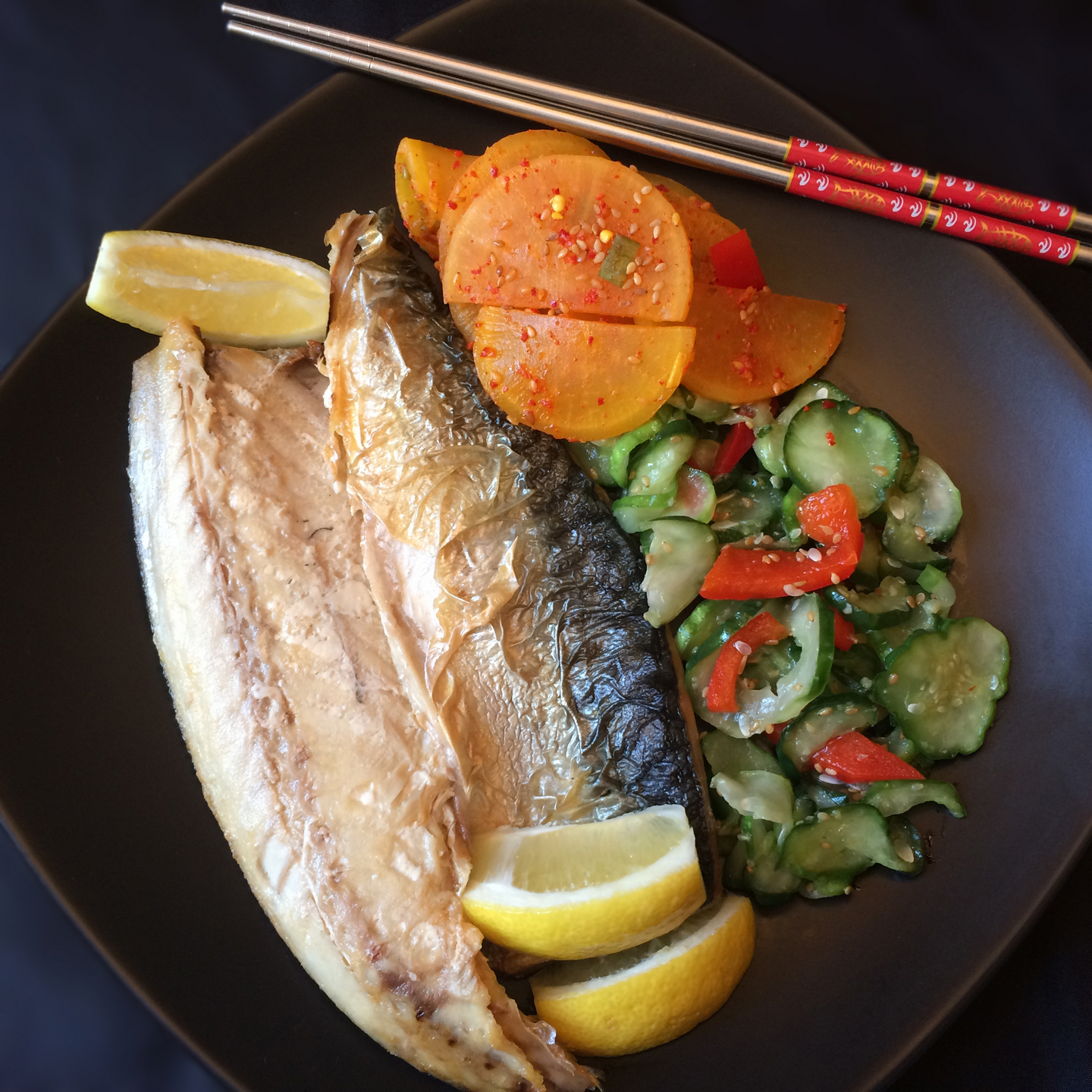 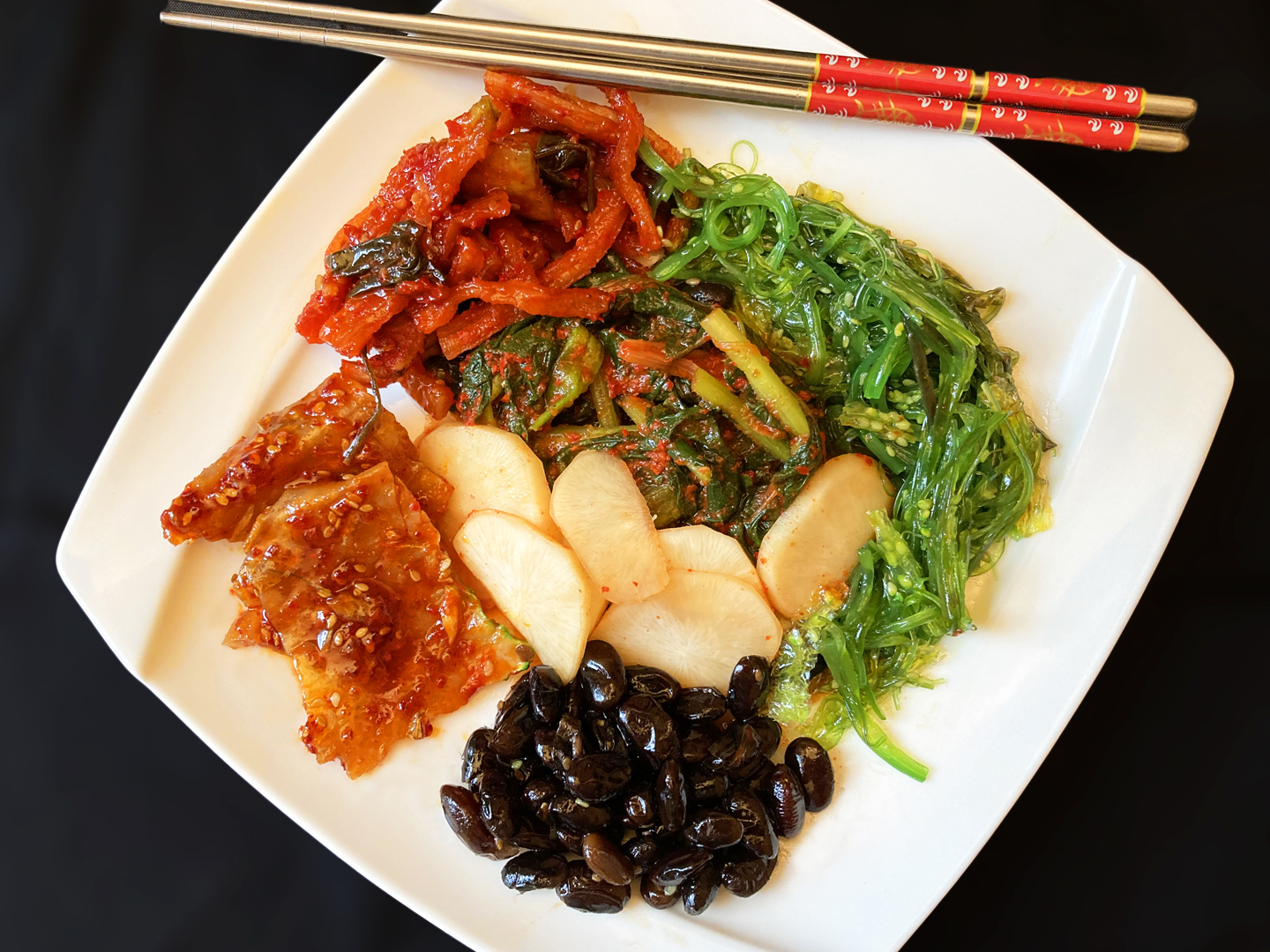 Five banchan (Korean side dishes). In the center there’s spicy baby radish kimchi: the leaves and stems are topped by slices of the root which was about four inches long before I got to it. Then clockwise from the top: red, crunchy radish (not as spicy as it looks), green seaweed (a little slippery), savory marinated black beans, and jwipo: seasoned, pressed, and dried filefish jerky that’s sold as a street snack – chewy, a little spicy, a little sweet. 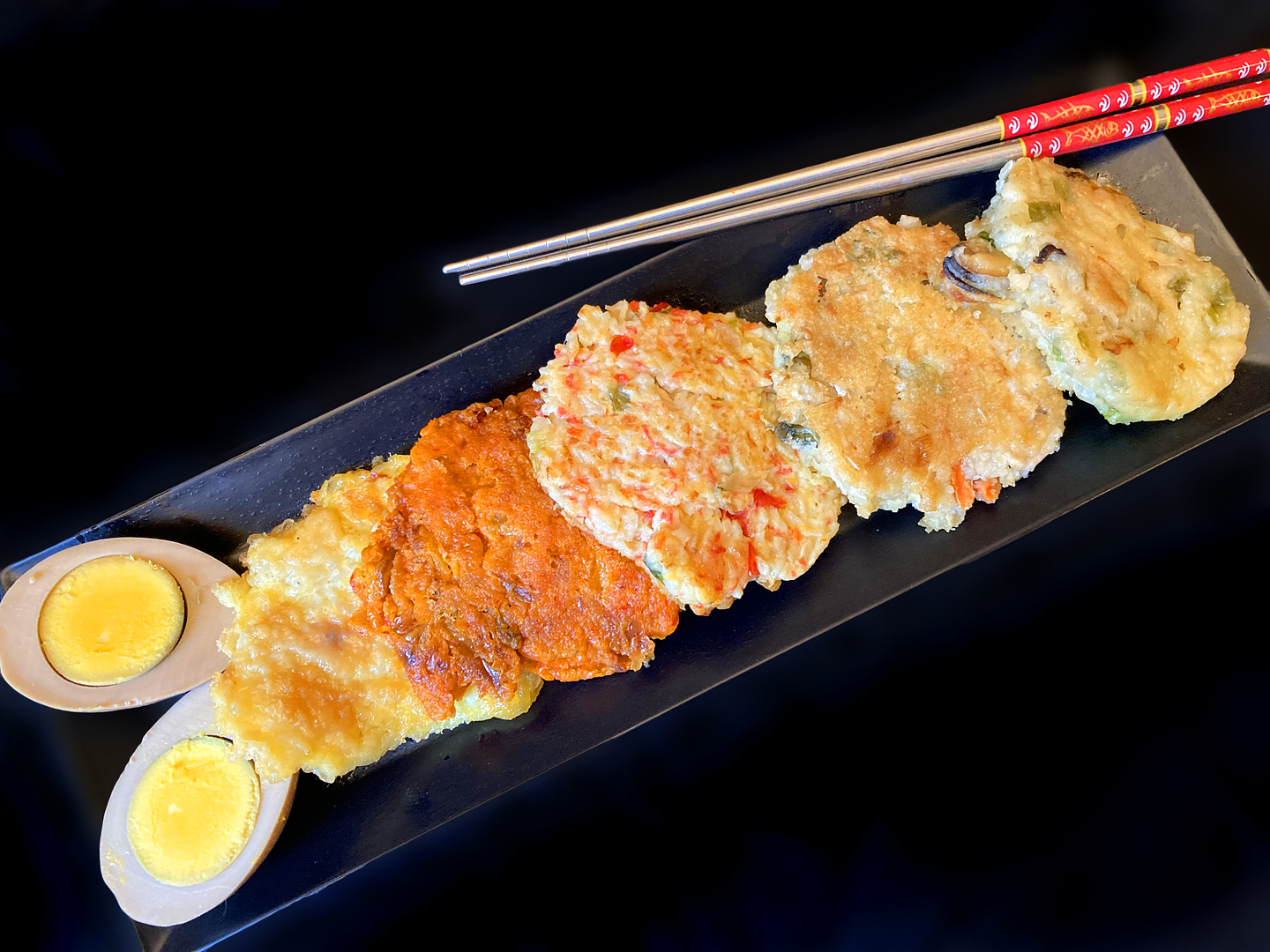