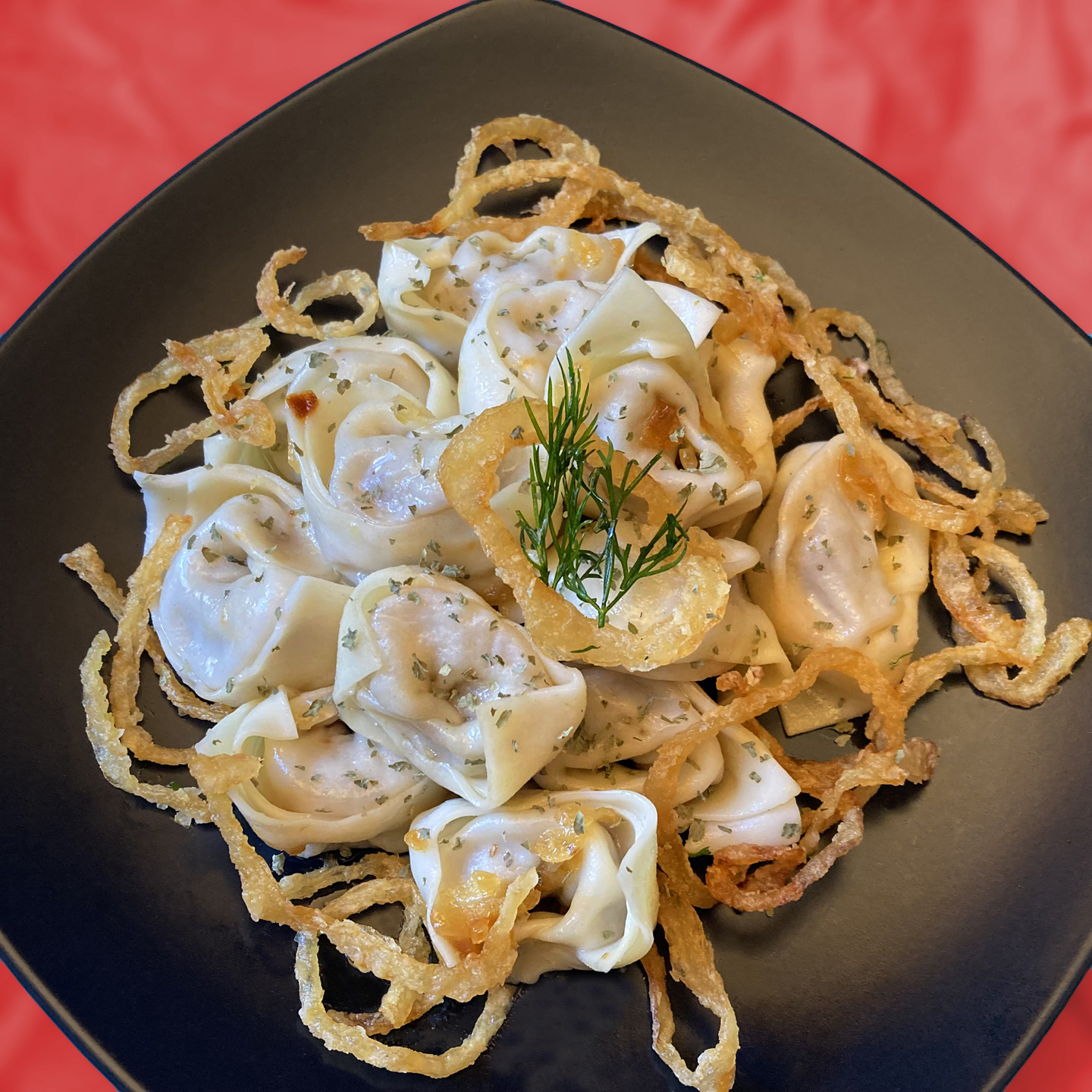 According to one source, Pelmeni have been described as “the heart of Russian cuisine”. Unlike Ukrainian varenyky (see my last post), I’ve never found pelmeni (пельмени) that were made with a sweet filling – they’re customarily fashioned from a variety of ground meats and occasionally mushrooms – but like their cousins across Central, Eastern and Southeastern Europe, they’re almost always served with sour cream (сметана).

These came from Tashkent Market on Brighton Beach Avenue in Brooklyn, one of the highlights on my Little Odessa ethnojunket, and were purchased specifically for my recent “Everybody Loves Dumplings” series. I garnished them with fried, thinly sliced onions that had been the topping for some Tashkent salad that I bought during the same visit.

If you know Tashkent Market or if you’ve joined me on one of my food tours to that neighborhood, then you know that perforce I also acquired several additional bags of droolworthy goodies – not with the intention of posting, but because, um……research! Yeah, that’s the ticket!