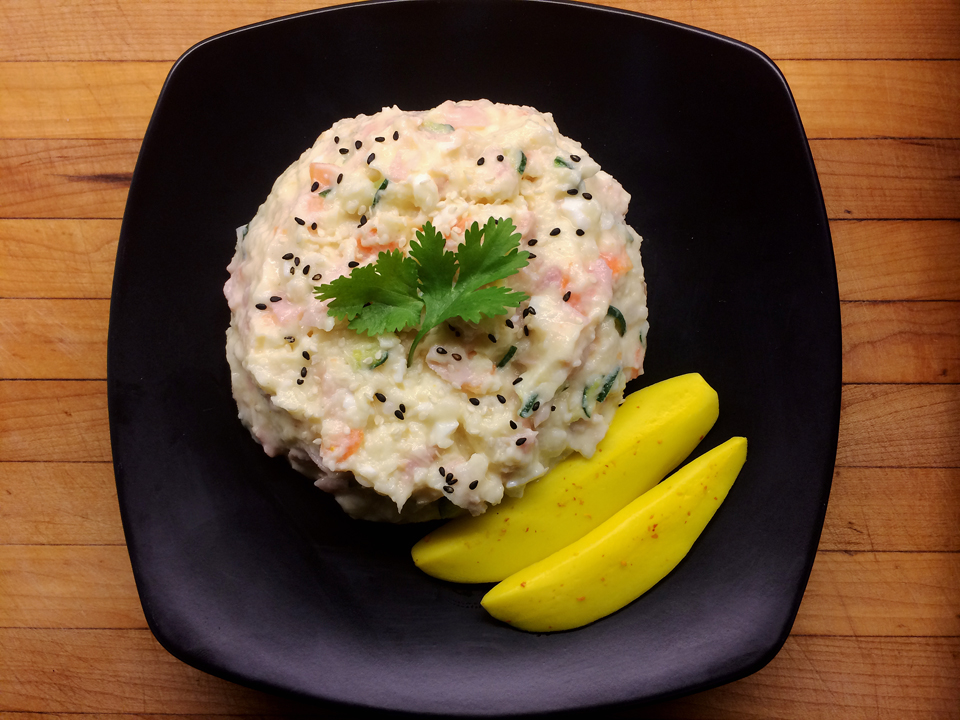 More of my home cooking from Japan 🇯🇵 by way of Brooklyn 🇺🇸!

Here’s my rendition of Japanese potato salad. (Yes, it’s a thing.) Its name, ポテトサラダ, is pronounced approximately “potato salada”; needless to say, there’s a word for potato in Japanese, じゃがいも, “jagaimo”, but since the dish is rather American, the English name is used more commonly. The texture is key to this dish: the potatoes are partially mashed but there are still abundant chunks. It works because the mashed potatoes meld with and become an integral part of the dressing; the chunks remain to provide occasional bites of straight ahead potato.

Of course, the ingredients’ proportions are what distinguish one recipe from another, so I haven’t really revealed any secrets here!

Those are Thai spicy pickled mangoes on the side for flavor and color contrast.