On April 24, Dough Doughnuts opened a new location in Prospect Heights, Brooklyn. Normally I wouldn’t go out of my way for a doughnut, but I had witnessed the mountains of accolades heaped upon this legendary bakery and now, since it had found a home in my neighborhood, I braved the lines and selected four: 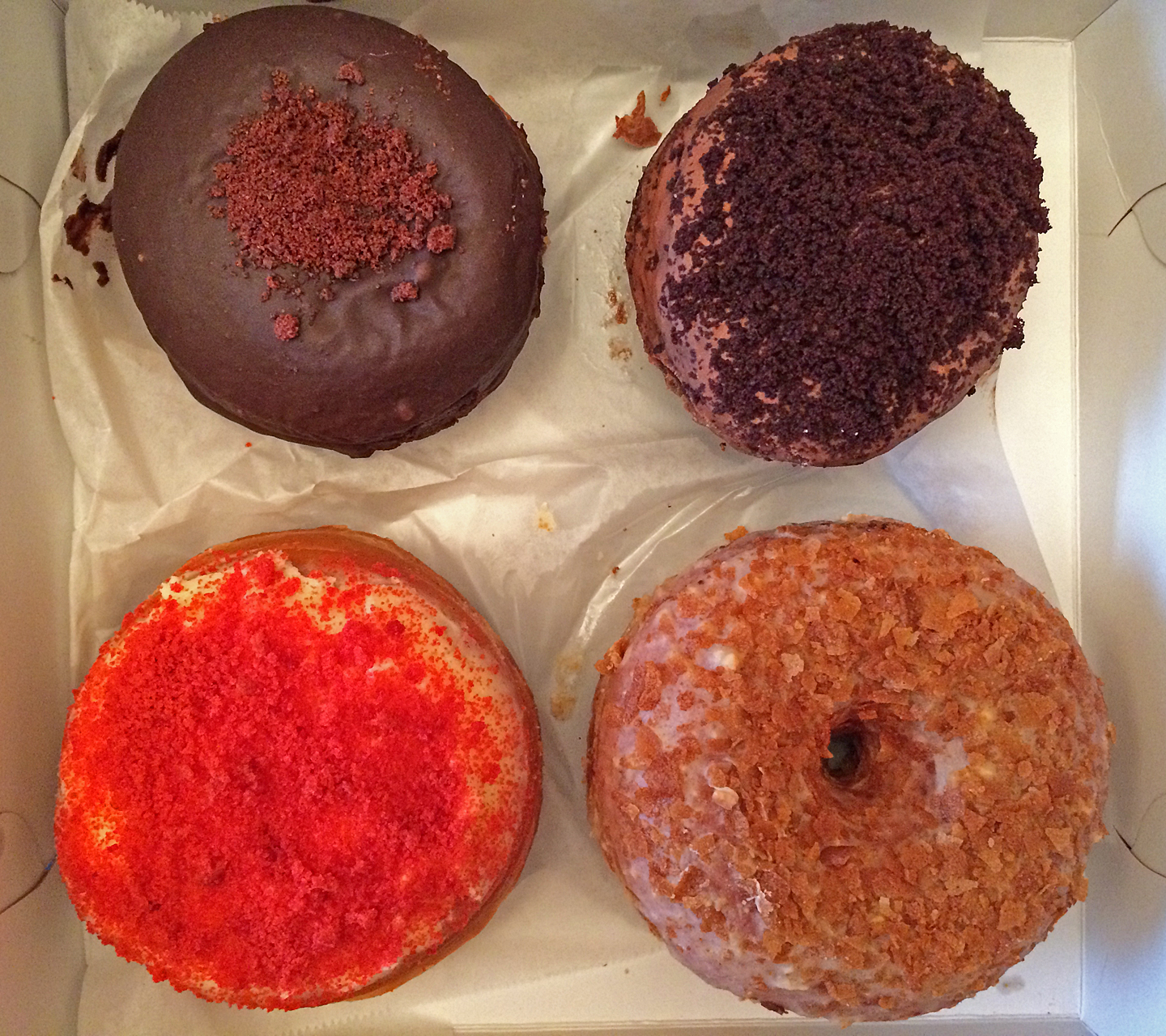 And for those who crave a look into the inner workings: 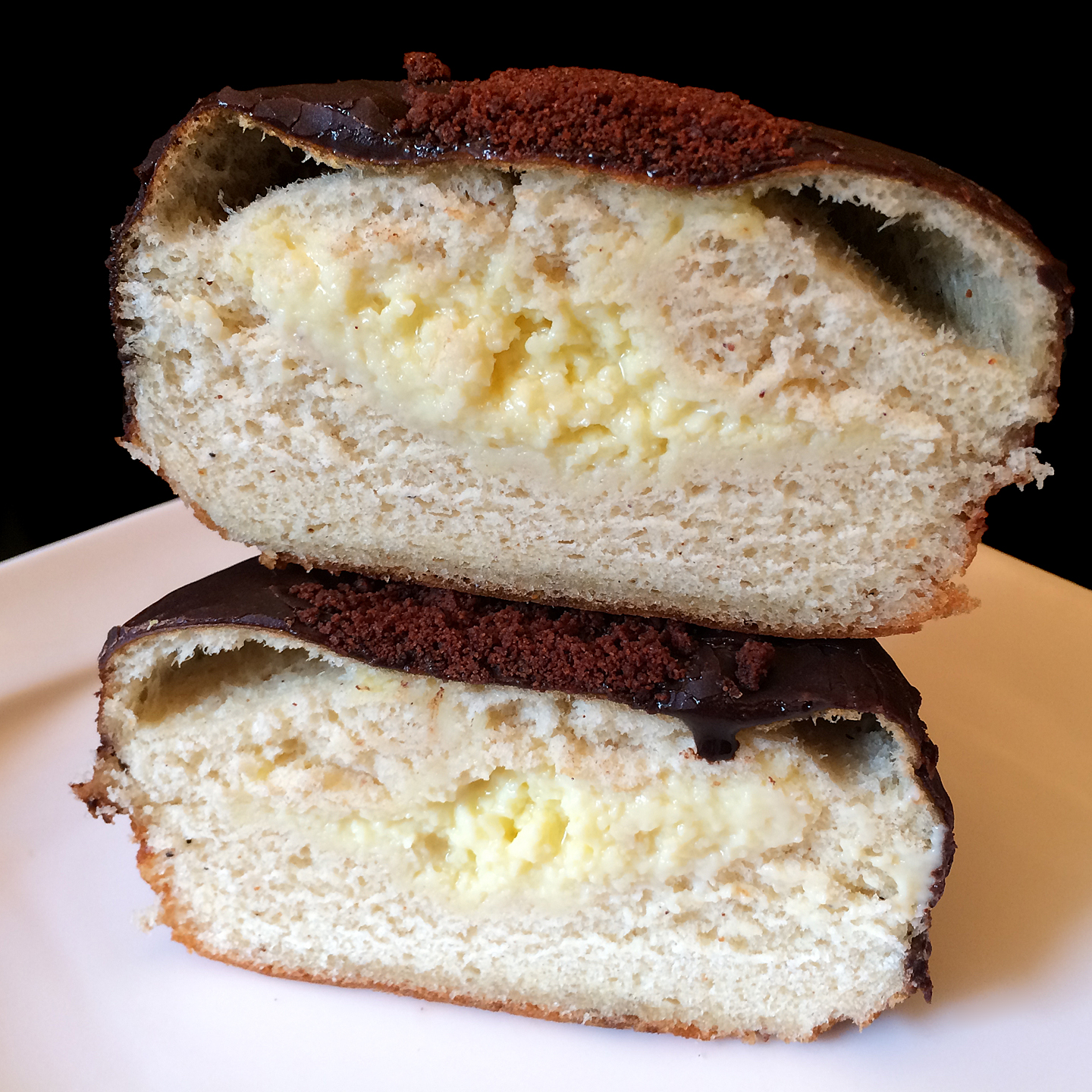 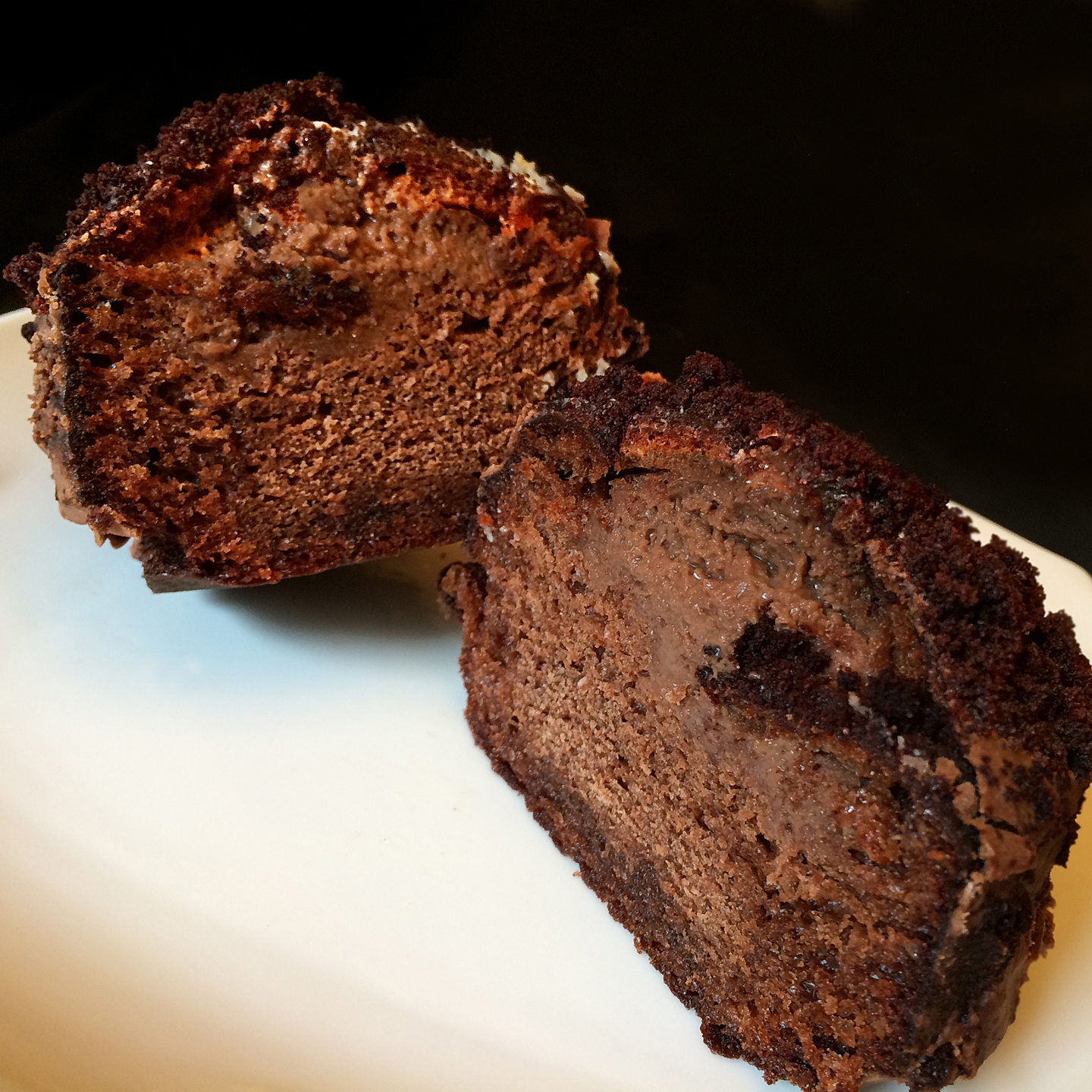 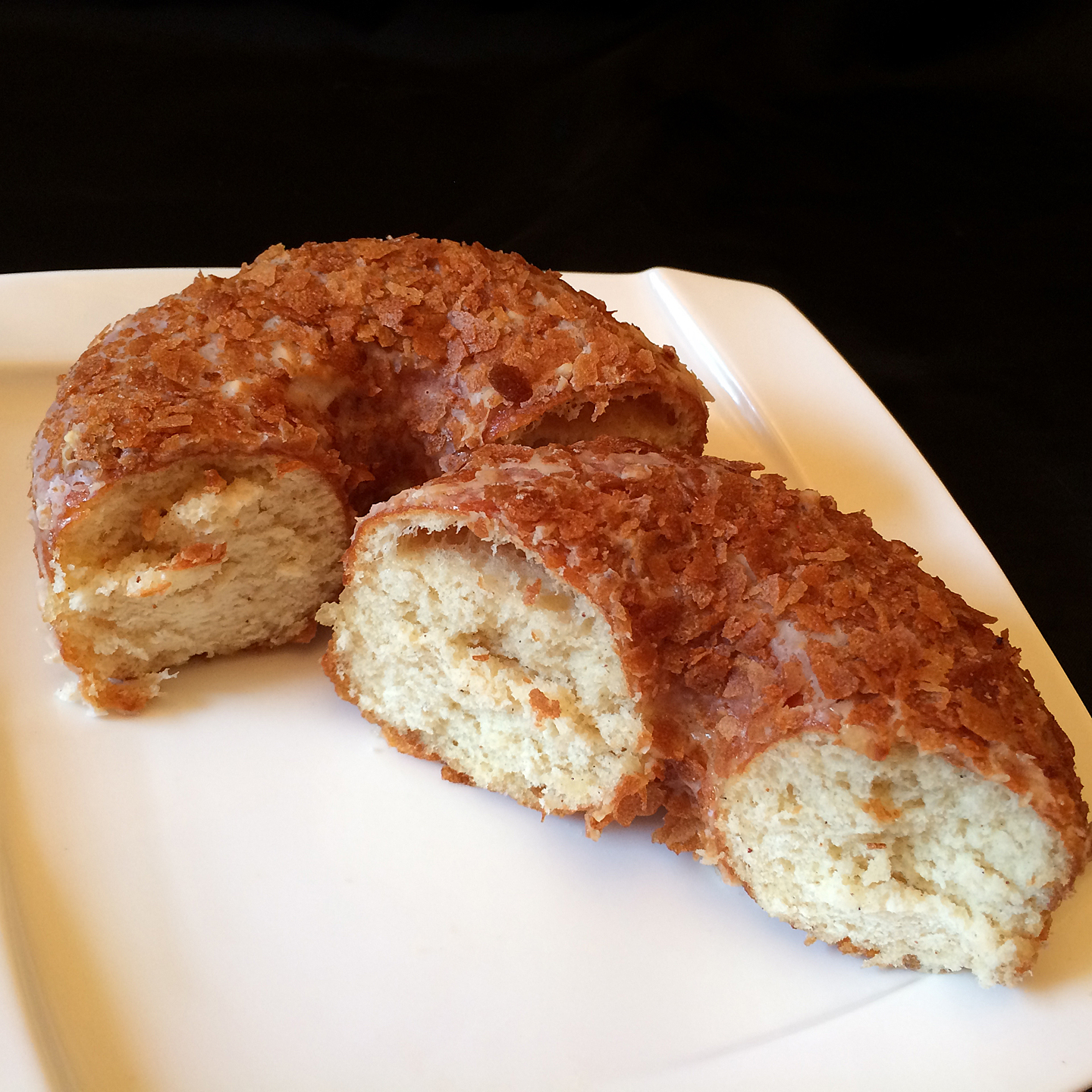 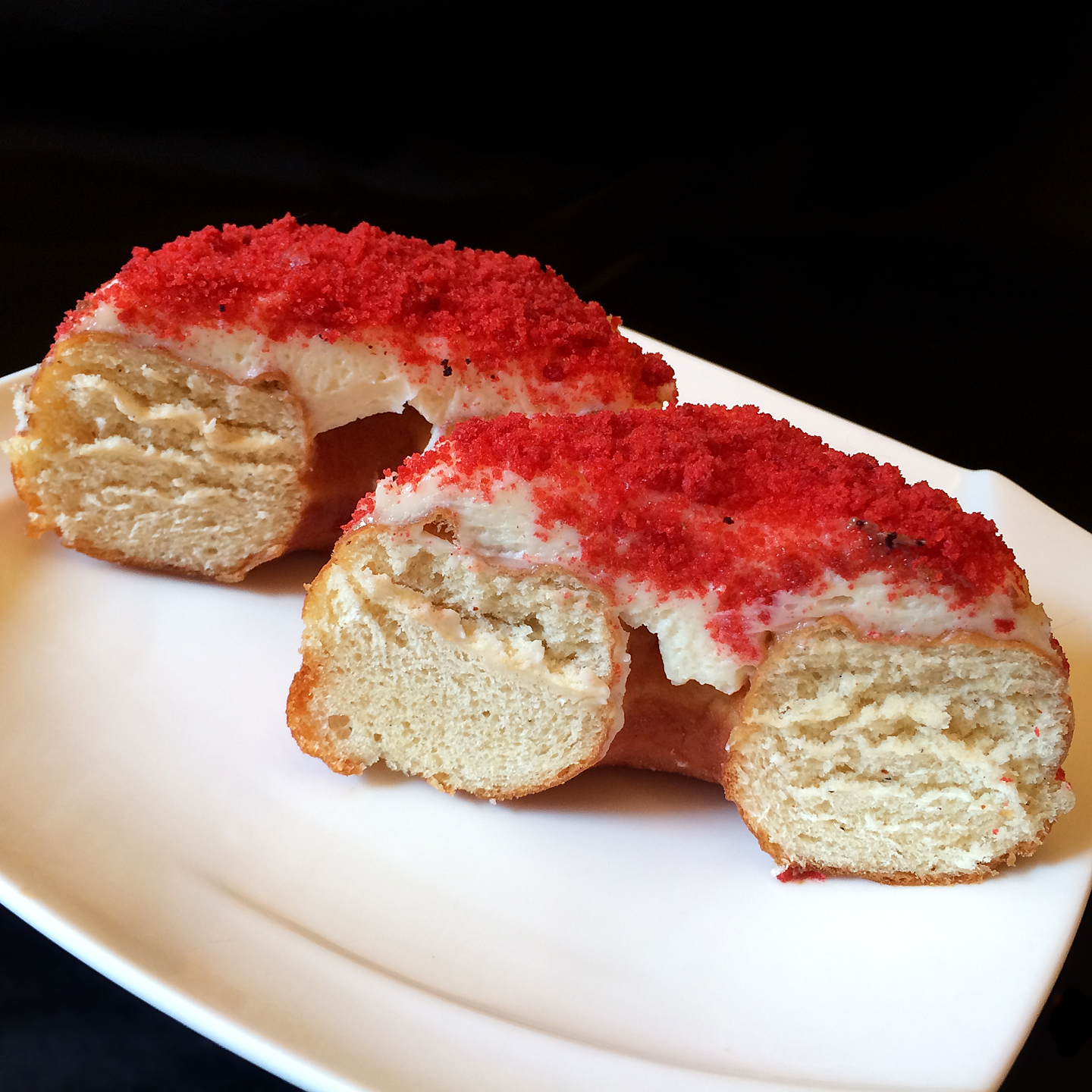 Now for the heresy: I’m glad I bought four (at $4.50 each!) because had there been only one, I would have thought, “Damn, it’s a little stale – probably a day or two old”, but the odds of all four being substandard were infinitesimal. They were thick, dry, dense, heavy, bready, not flavorful – actually a little sour tasting but not in a yeasty good way, with a paucity of filling – and not very good filling at that.

And just to be snarky, here’s a photo from years ago of the outstanding product from Doughnut Plant that I hadn’t really intended to include in this post until now. 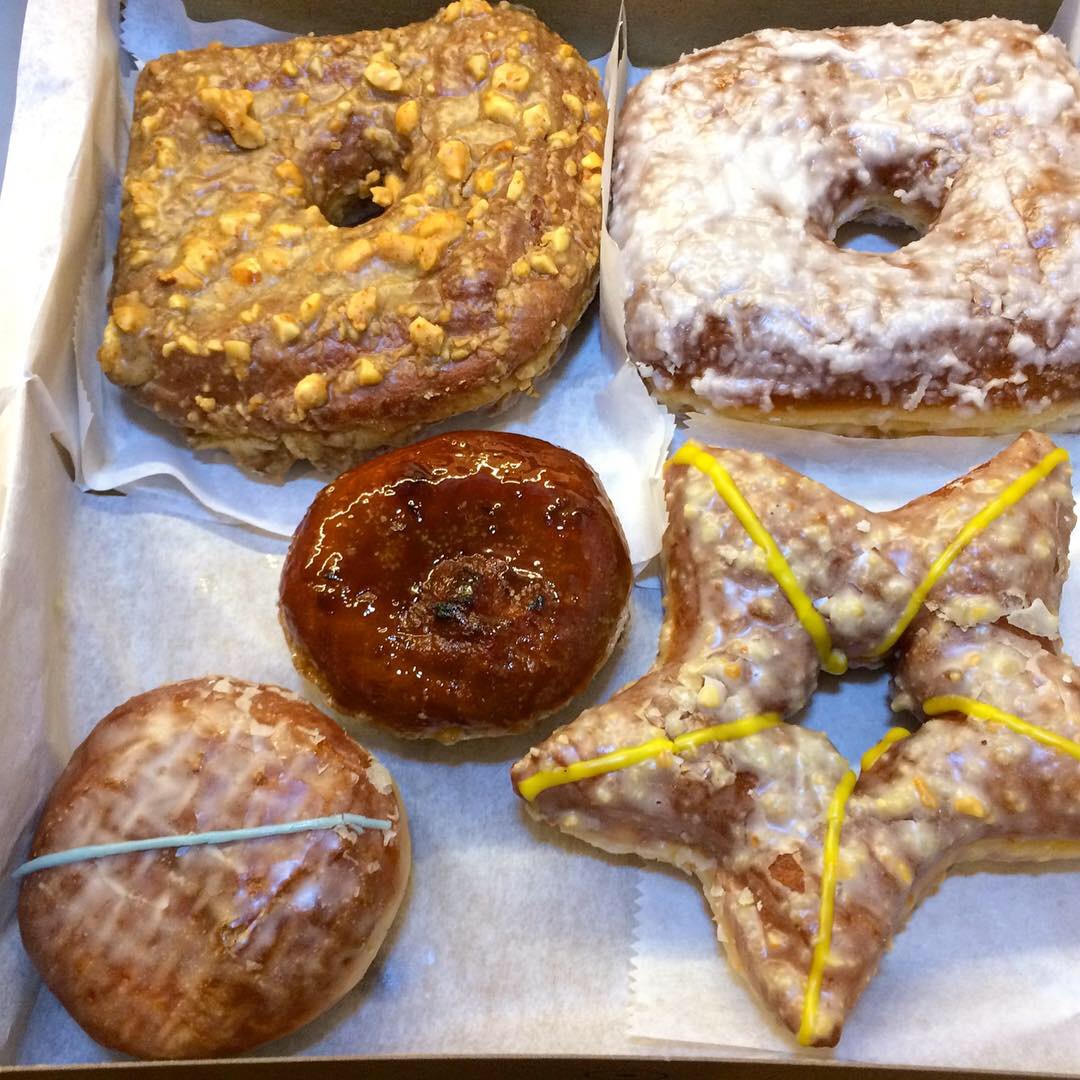 Had the opening been on April 1 rather than April 24, I might have caught the joke. But it wasn’t.

Seriously, people, what am I missing?

If you’re one of those folks who get all twitterpated over Dough’s doughnuts, please explain your passion to me – particularly if you’ve ever reveled in the joy that is a Doughnut Plant doughnut.