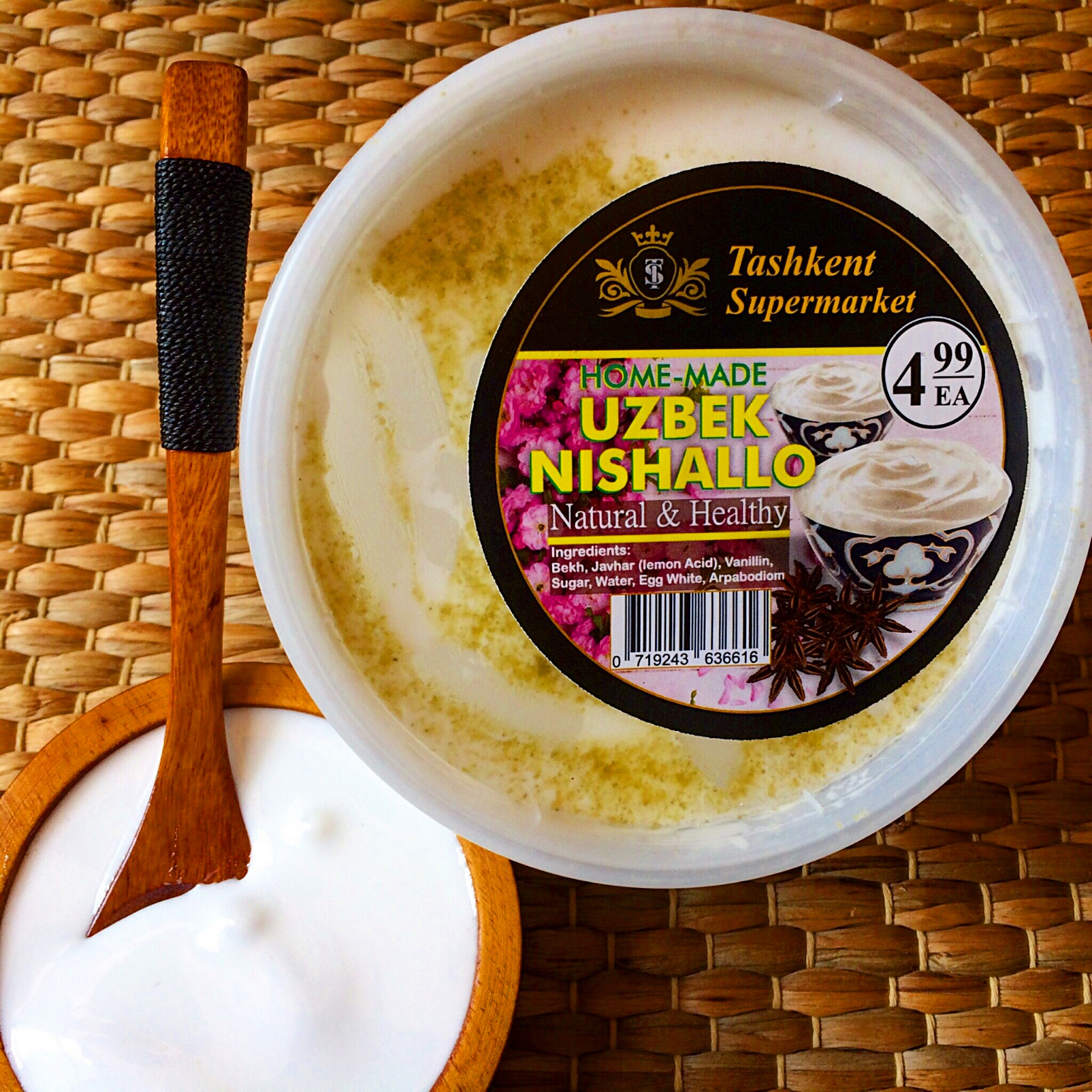 Ramadan is the ninth month of the Islamic calendar, the holy month in which the Qur’an was revealed to the prophet Muhammad; this year, Ramadan begins at sundown on Saturday, April 2. During that period, about 1.6 billion Muslims around the world fast from dawn until dusk. The meal that marks the end of each day’s fast is called iftar and often commences with three sweet dates that help restore blood sugar levels, after which the menu will vary by country and regional specialties.

This is nishallo (aka nisholda), an exceedingly sweet dessert that’s native to Uzbekistan and Tajikistan and prepared exclusively during Ramadan; it makes its appearance as part of iftar. Made primarily from sugar, whipped egg whites, and water, it’s a dead ringer for Marshmallow Fluff (as you’d expect from the ingredients) if perhaps a bit classier because of a touch of star anise and/or licorice root. I understand that for some natives of Uzbekistan, it rekindles heartwarming childhood memories, not unlike Fluff for some nostalgic Americans. It’s often used as a dip for warm flatbread and is particularly appropriate after 17 hours of abstention from eating because its high sugar content is said to jumpstart the metabolism.

I found it, along with other Ramadan specialties, at Tashkent Market, 713 Brighton Beach Ave in Brooklyn, one of the highlights on my Little Odessa ethnojunket. If you like the idea of tasting something new and delicious from another part of the world, please visit my Ethnojunkets page to learn more about my neighborhood food tours and join in the fun!

More about Ramadan foods during the month.