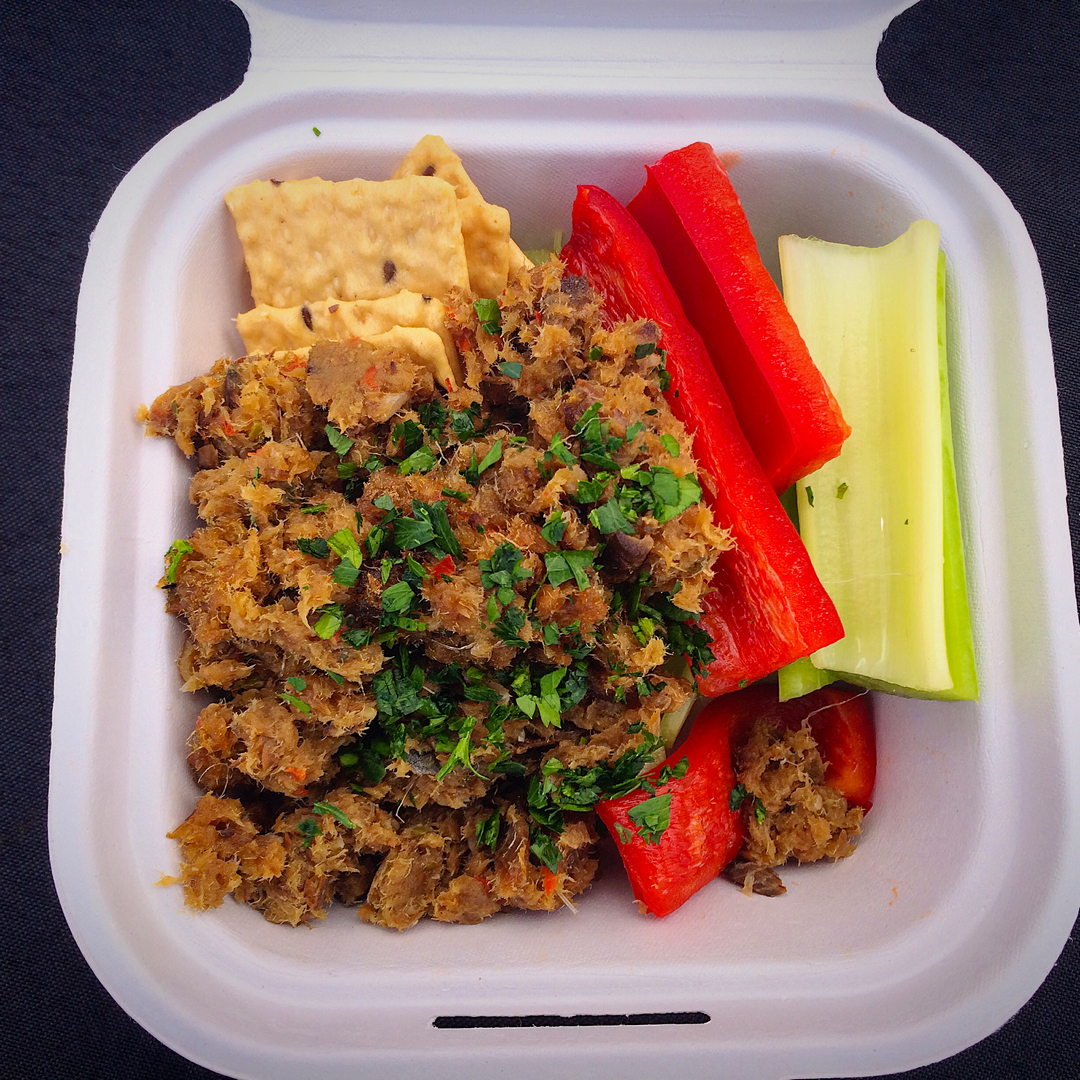 “Chictay” read the sign. The word was unfamiliar to me so naturally I was compelled to try the dish, and it was delicious. The salad of herbaceous shredded smoked herring served with crudités and crackers disappeared in no time and since I didn’t buy an extra portion to take home, I realized that I needed to hunt down a recipe for domestic execution. I learned that chiktay, Kreyol for the French chiquetaille from the word déchiqueter, to shred, is commonly made from smoked herring (aran so) or salt cod (morue) so now I have two kitchen challenges ahead.
🇭🇹
The chiktay aran so was served under the banner of Abundance Food – Manmi Dju Dju, a Brooklyn based company that makes Haitian seasonings and marinades, at The World’s Fare in Queens this past weekend and was a perfect example of lesser known (to some!) ethnic food deserving of more recognition. Smokin’!