The weather is warming up and COVID-19 is settling down which means it’s time for me to start seriously considering the feasibility of offering my ethnojunkets again. An ethnojunket is a food-focused walking tour through one of New York City’s many ethnic enclaves; my mission is to introduce you to some delicious, accessible, international treats (hence, “ethno-”) that you’ve never tasted but soon will never be able to live without (hence, “-junkie”). You can learn more about my ethnojunkets here.

Rather than trying to make a decision about the future in a vacuum, I decided that actually revisiting some of my old haunts might serve a twofold purpose – to inspire me and also to reveal which businesses have survived the pandemic (so far). Therefore, I’ve been eating my way through various Chinatowns, Little Levant (the Middle Eastern enclave in Bay Ridge), Little Odessa (the Russian/Former Soviet Union strip along Brighton Beach Avenue in Brooklyn), and the Latin American section of Sunset Park in service of that quest. In this and some subsequent posts, I’ll show you what I’ve been tasting in the process. 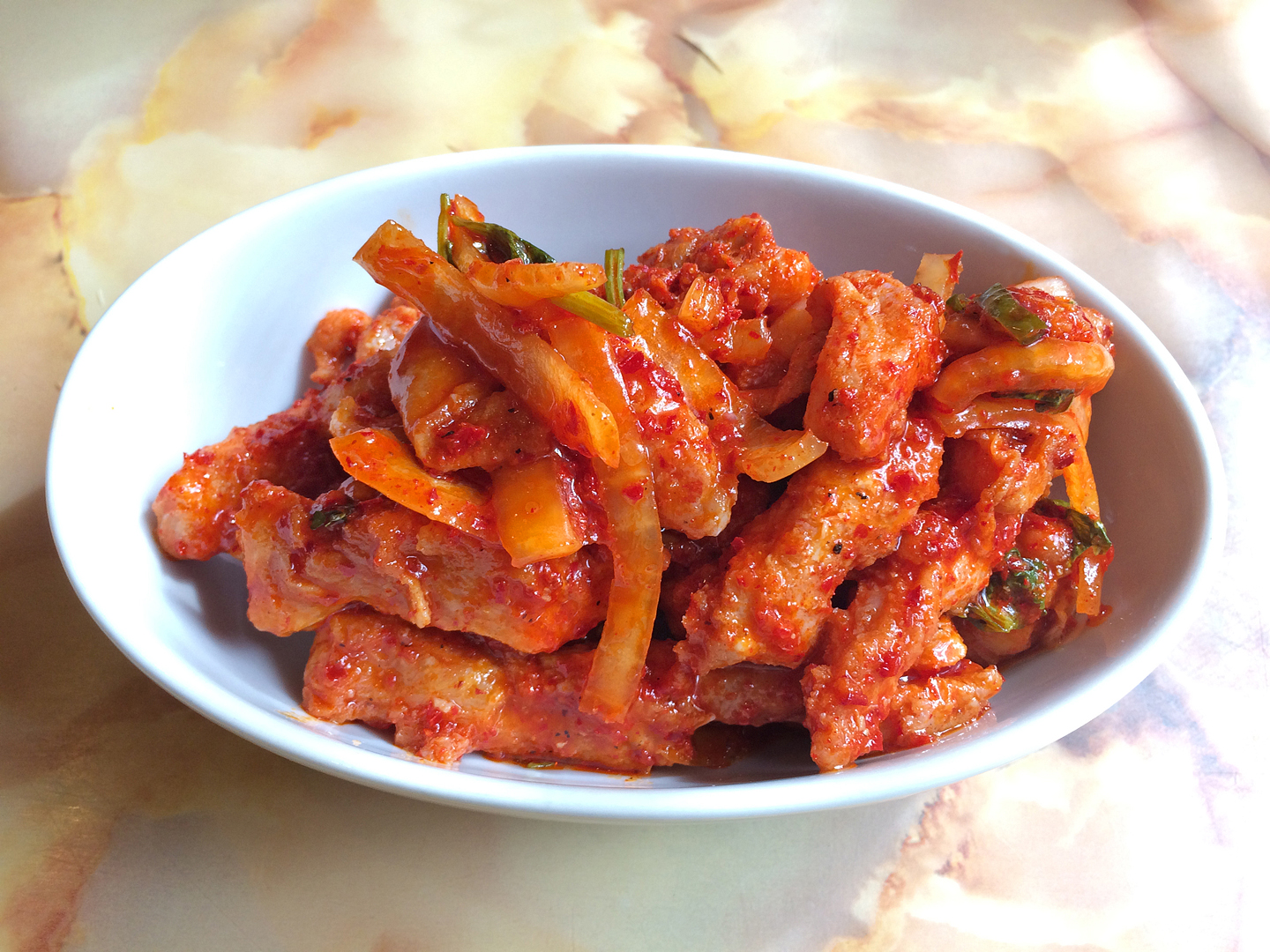 This is khe, one of the treats we always indulge in on the Little Odessa ethnojunket. Not many people realize that Russia and North Korea share an 11 mile border and the Korean culinary character of khe is obvious. Meaty chunks of fish marinated in vinegar, onions and Korean red chili are the main ingredients in this delectable dish (recipes vary); think of it as ceviche meets kimchi. Only better. The reason behind its migration from the Russian/Korean border into Uzbekistan is the stuff of which history is made and you’ll hear the story on this ethnojunket.

The restaurant we always visited to grab an order of khe didn’t make it (although they have another business elsewhere that did survive) but fortunately, I found this tidbit at a different venue along the tour and it’s every bit as delicious as the previous version. It’s a personal favorite and one that always gets a big thumbs up from our group.