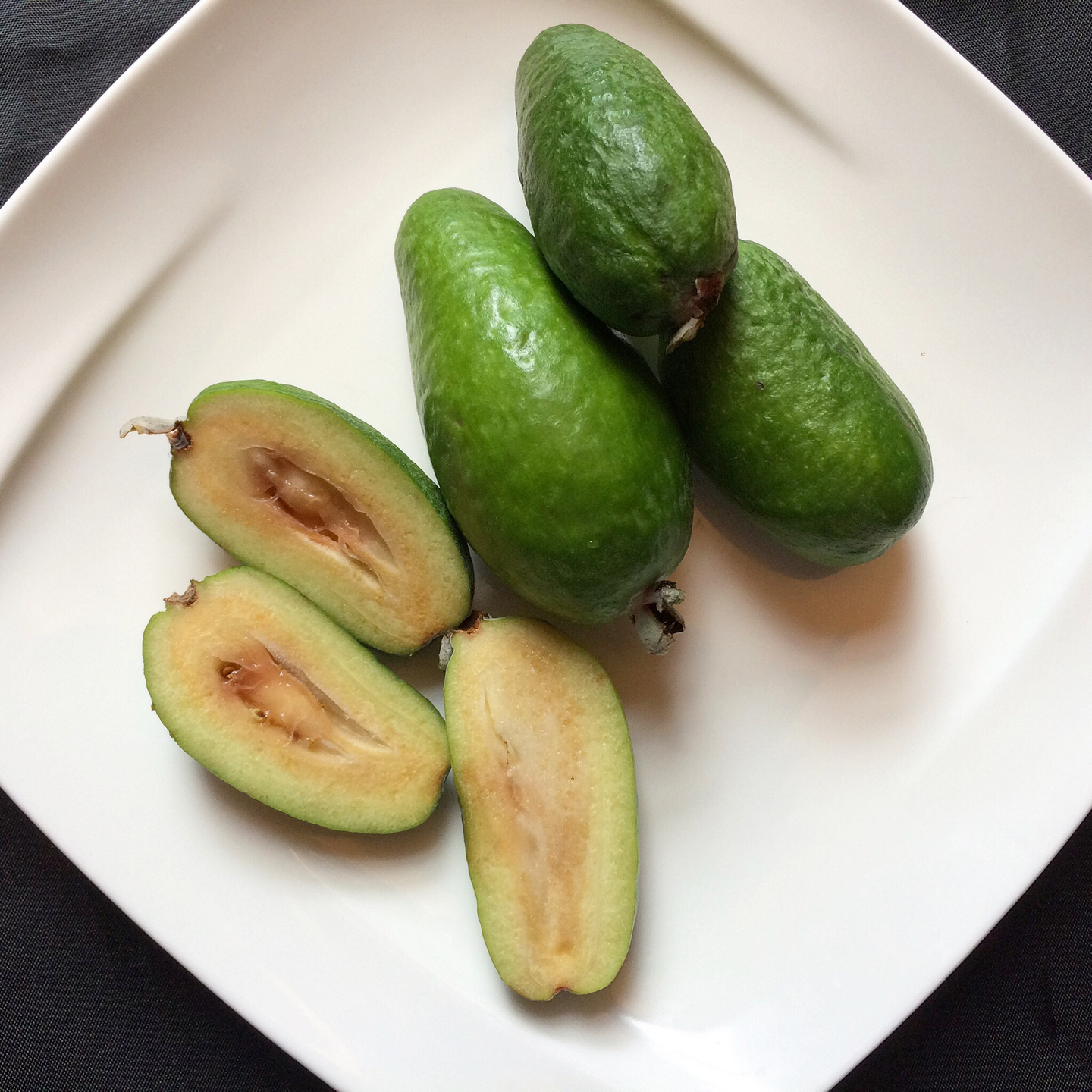 One of the things I love most about doing ethnojunkets is introducing my food tour guests to international treats they’ve never tasted but soon won’t be able to live without. (That’s what puts the junkie in ethnojunkie 😉.) So I was unusually pleased during a recent jaunt through Brooklyn’s Little Odessa when a participant whose birthplace was Colombia gleefully recognized a favorite fruit in the gourmet produce section of Gourmanoff, an upscale Russian market, that she hadn’t seen locally elsewhere – feijoa. She happily instructed the others in her technique for selecting a ripe one as well as consuming it – which made my job easier!

Also known as “pineapple guava”, “Brazilian guava”, “fig guava” and “guavasteen”, the fruit’s flesh is soft in the center growing firmer and a bit grainier (a little like a pear) approaching its thin green skin. In the same family (Myrtaceae) as the guava but not the same genus, the aroma is almost perfumy. Its flavor is full-bodied and tropical, intensifying nearer the skin which itself can be eaten but has a decidedly different character, floral in nature.

So what was the connection between my exultant Colombian guest and this posh Russian market? Turns out that the feijoa is native to two regions of the world: Colombia (and other parts of South America) and Russia (and former Soviet Union countries)!