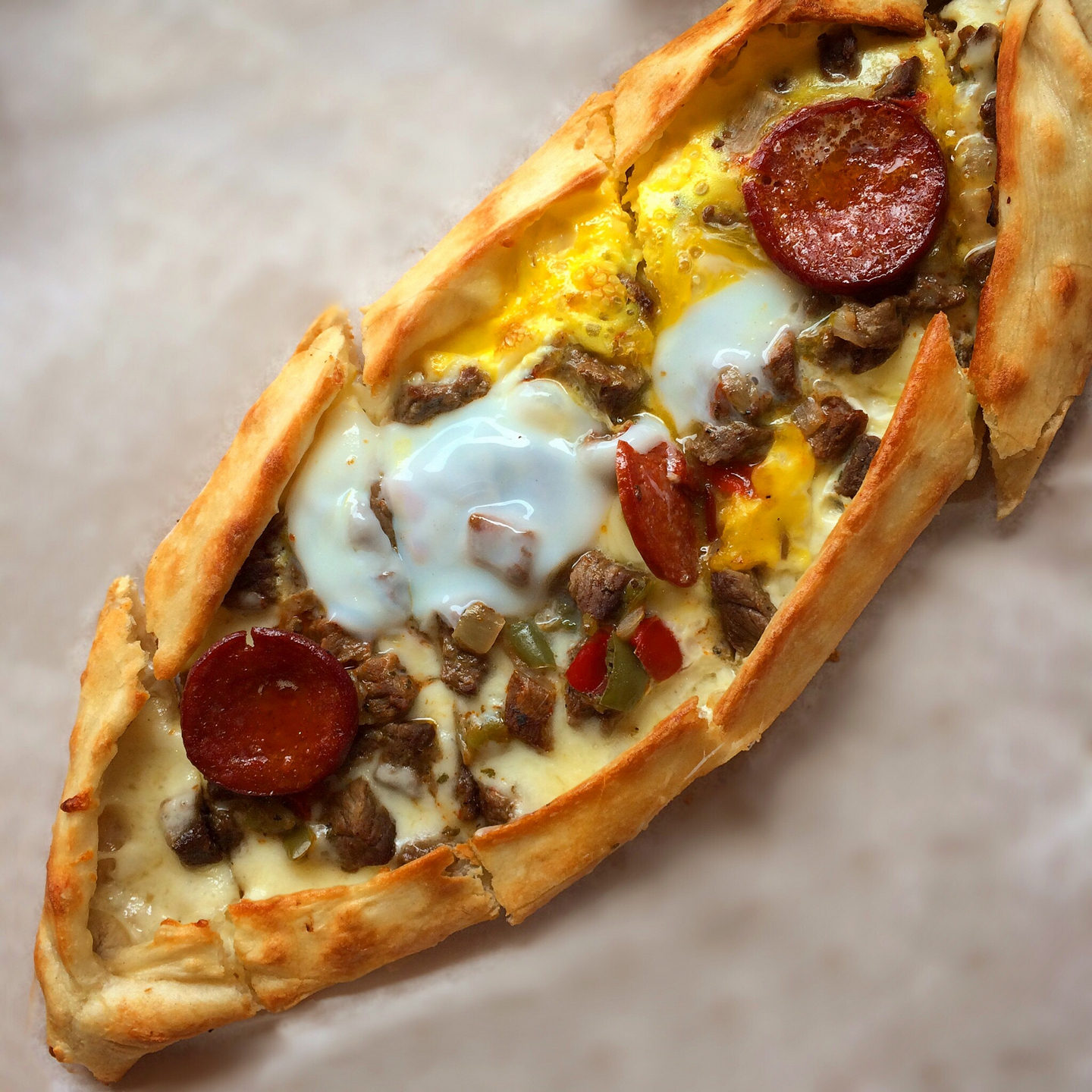 In Turkish cuisine, “pide” is one of those chameleon words whose meaning changes with context. Always describing something bread related, it can refer to a pita cousin used to wrap around meat and accoutrements, a circular, puffy, seeded (sesame and nigella) loaf traditionally earmarked for Ramadan, or this canoe-shaped dish. Think Turkish pizza if you must: it starts with soft wheat dough called yufka laden with a cargo of cheese, meats (here: chopped lamb and the Turkish sausage sucuk – multiple spellings abound of course), green peppers and onions, baked and crowned with an egg because #putaneggonit.

This one came from Hazar Turkish Kebab, 7224 5th Ave, Brooklyn, one of the stops along my Bay Ridge Little Levant ethnojunket. They offer at least six pide variations along with a raft (no pun intended) of other skillfully executed entrees and desserts. Definitely recommended.

(Okay, the pun was intended.)