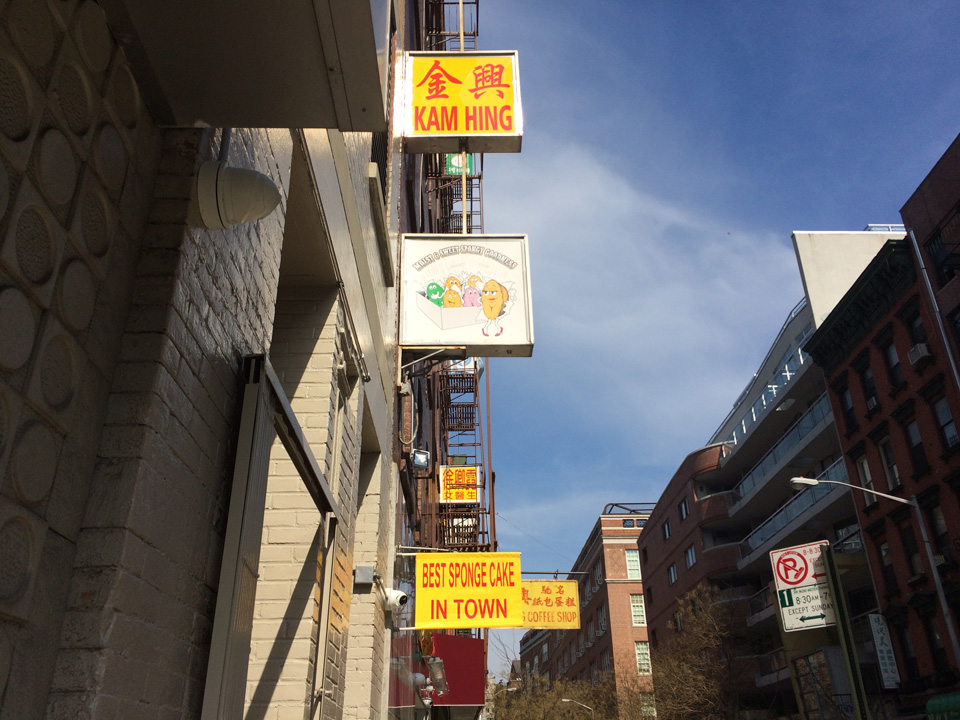 I read the sign with no small measure of suspicion: BEST SPONGE CAKE IN TOWN, it shouted in all caps. Writing up this one will be a piece of cake, I thought, ignoring my own pun. Two words should do it: “Oh, really?” I mean, ya tried one sponge cake, ya tried ’em all, right? Eggy, airy, moist, a little sweet, and that about sums it up.

Seventy-five cents and one bite later, I began to wonder if I had let my prejudice get the better of me. Shouldn’t I at least compare this one with another if only to prove to myself that all sponge cakes are created equal? So I randomly entered another Chinese bakery (no shortage of those in Manhattan’s Chinatown) and emerged with a contender. The difference was subtle, but there was indeed a difference – enough to compel me to purchase a third rival. Again, the basic premise echoed the first two, but with a distinct personality of its own. With a sigh of resignation, it became evident that my story would exceed two words and I headed home to do some preliminary investigation.

The first order of business was to see what other NYC food writers had to say about the subject because attempting to taste every sponge cake at every bakery in Chinatown would be a herculean task. A few minutes of poking around on the web revealed that there are definitely a few favorites (four or so were always mentioned) among the experts. I made note of them and returned the next day armed with a list and the decision to hit up a few additional bakeries selected arbitrarily along the way just to be fair. I gathered nine examples (that’s all that would fit in my tote) and headed home to set up an Excel spreadsheet. (Those of you who know me are aware that I can get a little OCD sometimes, particularly when it comes to taste testing.)

I decided to rate them based on my initial definition of sponge cake characteristics: egginess, airiness (a continuum of spongy to cakey), moistness, and sweetness; crust and special features would factor in as well. My personal opinion of these qualities is that ideally they should be pretty middle of the road: eggy but not overly so, sweet but not too sweet – you get the idea – but above all, the cake should taste great.

I did a blind taste test and was amazed to discover that for the most part my independent research bore out the conventional wisdom. So I’m pleased to report that I stand corrected, disabused of any notion that sponge cake is sponge cake. 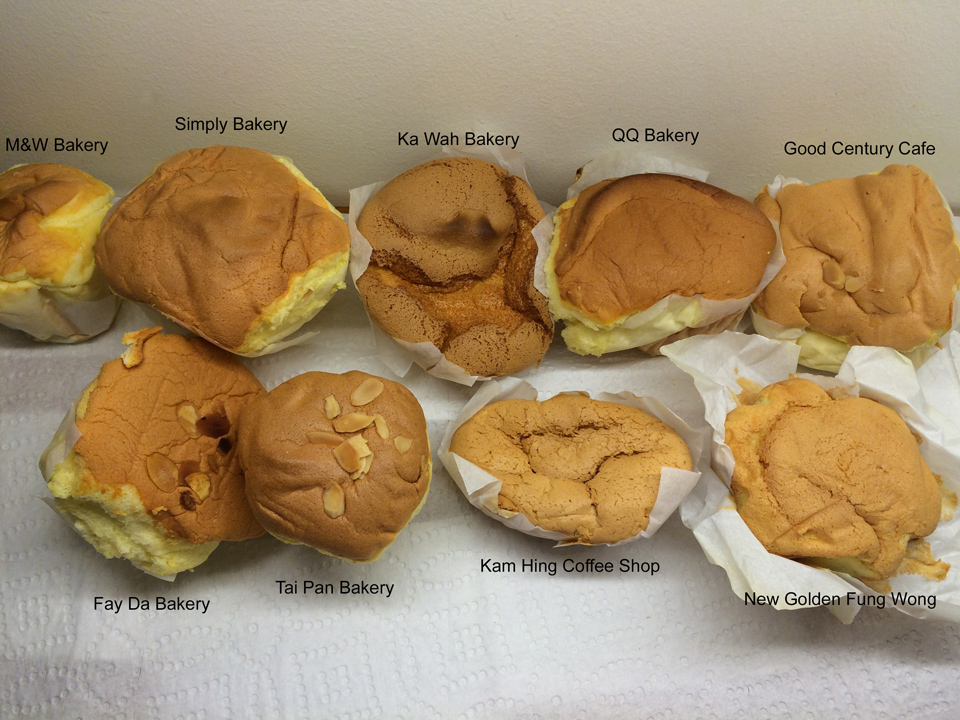 If you’re an information sponge too, here are the details – my ranking in order of overall deliciousness (you won’t be disappointed in any of the top five):


Of course, now I need to investigate sponge cakes in Queens and Brooklyn Chinatown bakeries too. (Told you I was OCD.)