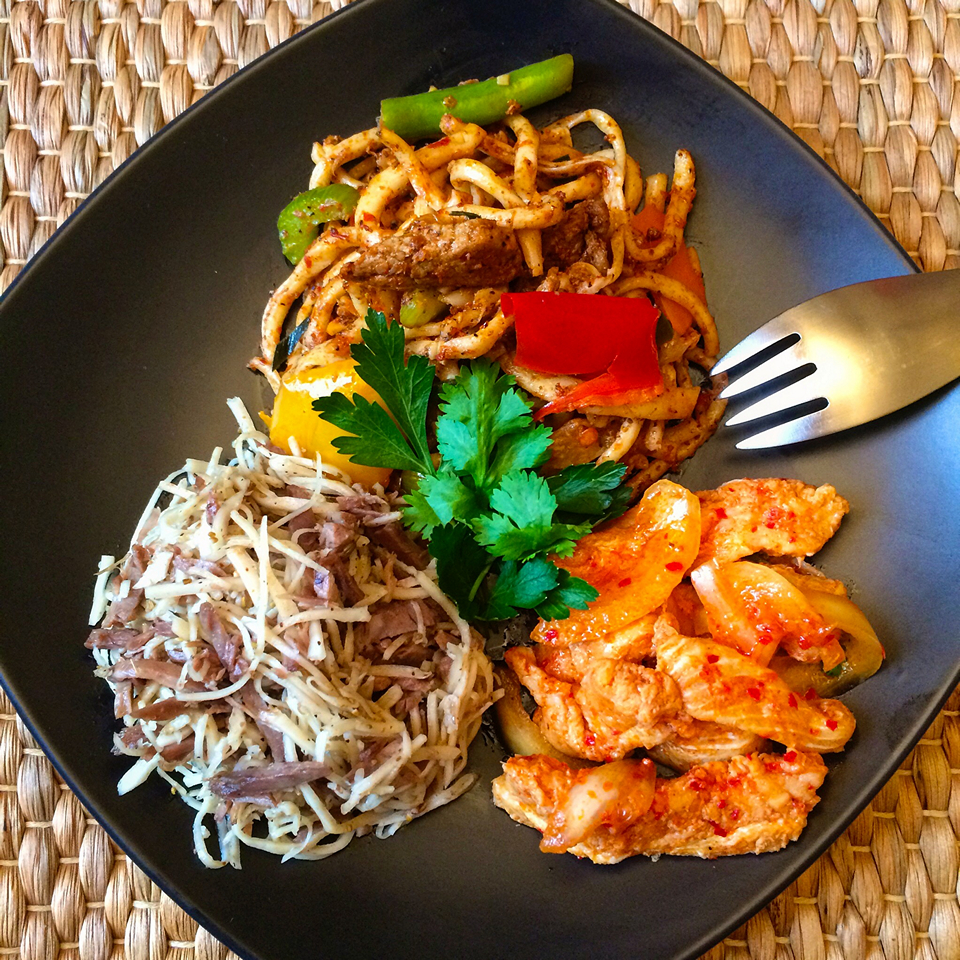 There are numerous markets that feature prepared “Russian” food along Brooklyn’s Brighton Beach Avenue, otherwise known as Little Odessa, and I admit to having more than a few favorites. Each features a wealth of dishes hailing from the Baltic States, Eastern Europe, the Southern Caucasus, Central Asia, and mother Russia herself and each boasts its own renditions of this first-rate fare.
🇺🇿
Named for the capital city of Uzbekistan, Tashkent Supermarket at 713 Brighton Beach Ave, Brooklyn, NY, a relative newcomer to the strip, has a focus on Central Asian cuisine, but not exclusively. Shown here are three of my favorites from their salad bar. At the top there’s Lagman, a savory noodle dish (also found as a noodle soup) of the Uyghur people, an ethnic group living in East and Central Asia. Linguistically, the Chinese influence is easy to identify: lo mein → lagman. Moving clockwise there’s Khe, raw fish marinated in onion, spicy red pepper and vinegar. Russia and North Korea share an 11 mile border; the Korean culinary character of Khe is obvious. Finally, there’s Norin (aka Naryn), a dish I have yet to find at any of the other markets. Very fine noodles and a generous measure of cumin accompany thinly sliced beef, although in Uzbekistan and Kyrgyzstan it’s made with horsemeat!