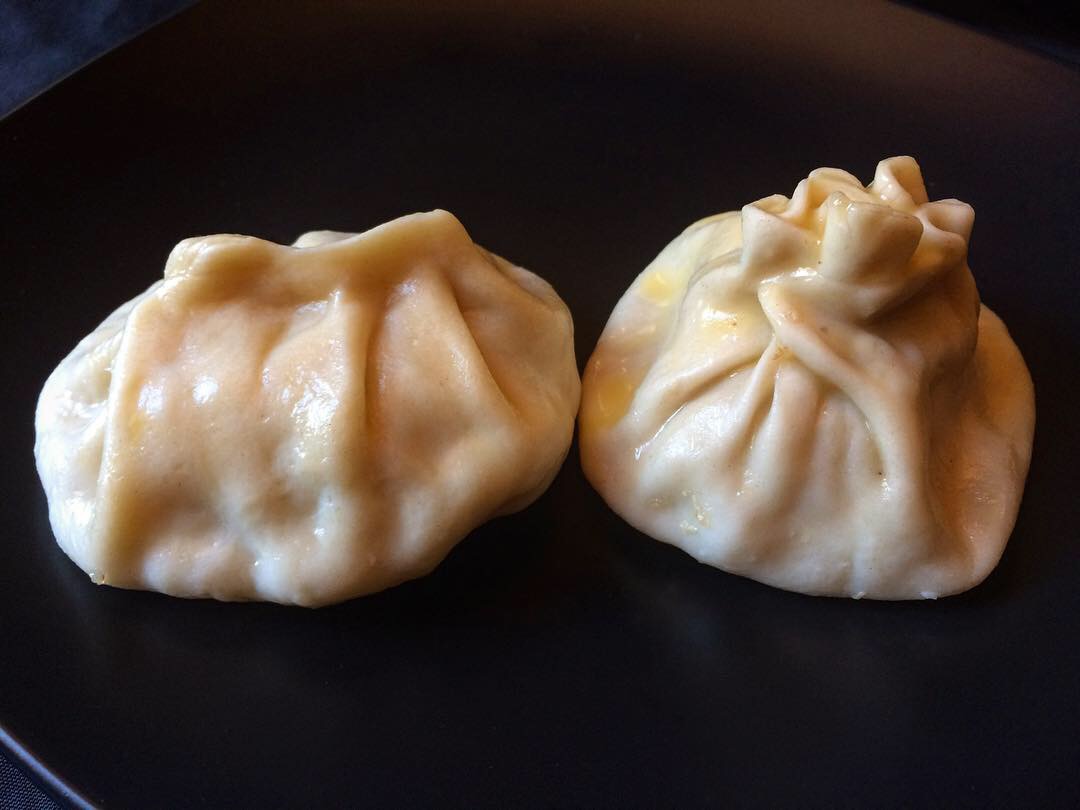 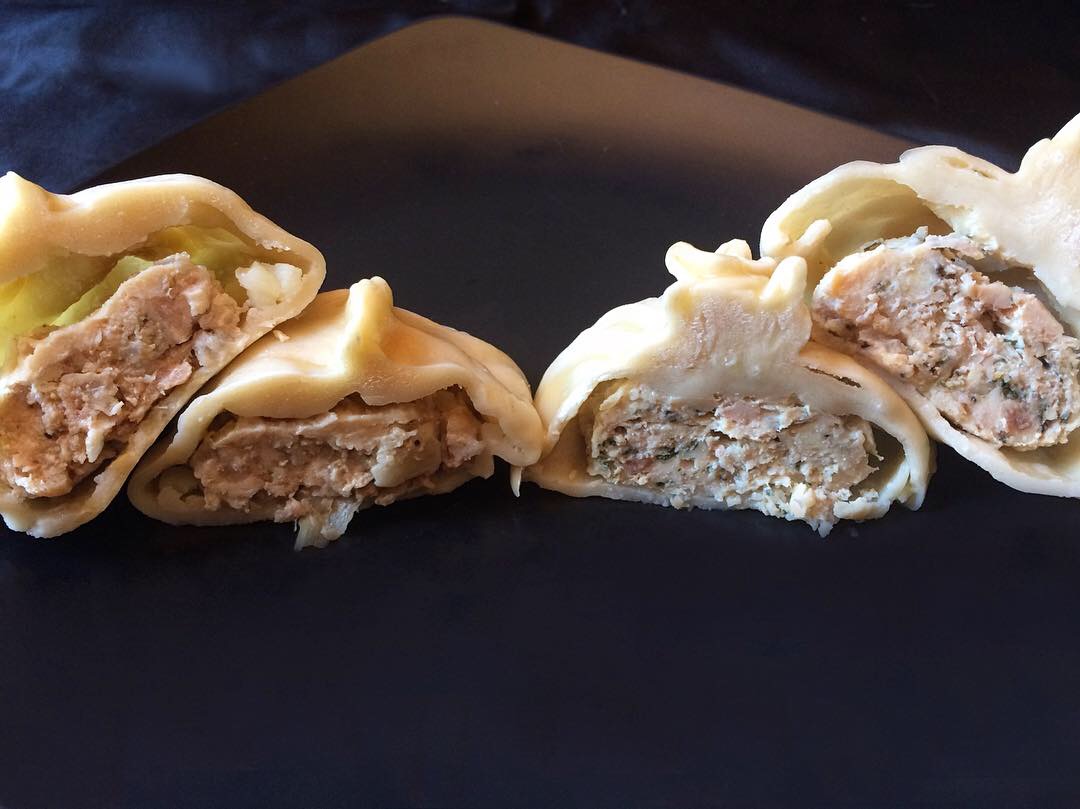 How can you tell the difference between Uzbek manti and Georgian khinkali? I mean, they’re both big, beautiful meat-filled dumplings, generally boiled or steamed, that hail from Former Soviet Union states. At first glance, they do seem similar but the shapes are the most evident giveaway: manti are pinched closed, sometimes completely sealed, sometimes with little gaps, and they look a bit like a flower or a pyramid or perhaps a child’s fist. Khinkali, on the other hand are always twisted closed in such a way that they resemble a Chinese soup dumpling on steroids, with a little topknot to be employed as a handle for refined eating. (There are those who eschew consuming the topknot, claiming that it’s just too doughy to be anything more than a mechanism for conveying dumpling to mouth; others happily chew it up because it’s part of the package, literally and figuratively.)

Manti fillings (photo 2) vary depending upon provenance, seasonality, and recipe (they’re actually Turkic/Central Asian) and are typically found bursting with juicy, deliciously seasoned lamb and onions diced into tiny chunks (when they’re hot, unlike these), although pumpkin varieties are not at all uncommon. Khinkali from Georgia, a Christian nation (Uzbekistan is predominantly Muslim) usually contain a mixture of ground pork and beef.

And how do they taste? I thought you’d never ask. That’s where personal experience comes into play. And if you join me on my Little Odessa ethnojunket this Saturday, October 20 (pretty sneaky, right?), we’re likely to procure one or the other or both as we eat our way along Brighton Beach Avenue in Brooklyn. If you’d like to join us for the adventure, please click here for more information and to sign up. Hope to see you then!