Iraqi House Restaurant is, to my knowledge, the only Iraqi restaurant in NYC. Its signage was in place long before it opened and since it’s located at 7215 3rd Ave in Brooklyn’s Bay Ridge, a neighborhood where I do food tours, I’d visit the site frequently in eager anticipation of signs of life. We ventured in shortly after its debut so not everything that appeared on the menu was also in the kitchen, but what we did try was tasty. In no special order: 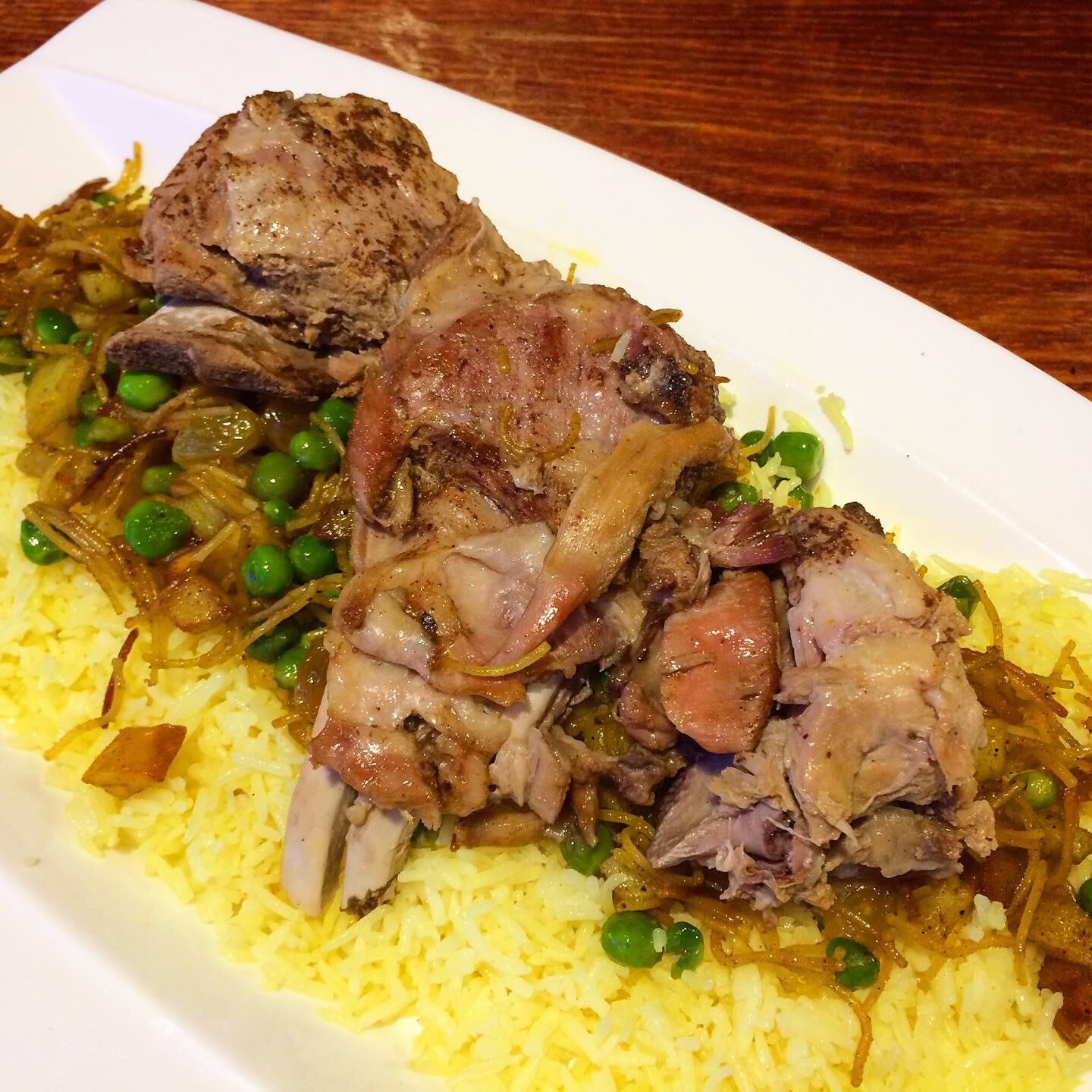 Qoozi Lamb (also available with chicken). One of Iraq’s national dishes, it consists of extremely slow cooked (even the bones were tender!) expertly seasoned lamb (primarily succulent rib meat) with raisins, peas, and almonds (in theory at least: no almonds that day, but again, we were among the first to enlist) over savory basmati rice and browned vermicelli noodles. The totality was infused with a rich, fatty mouthfeel that was sublime. 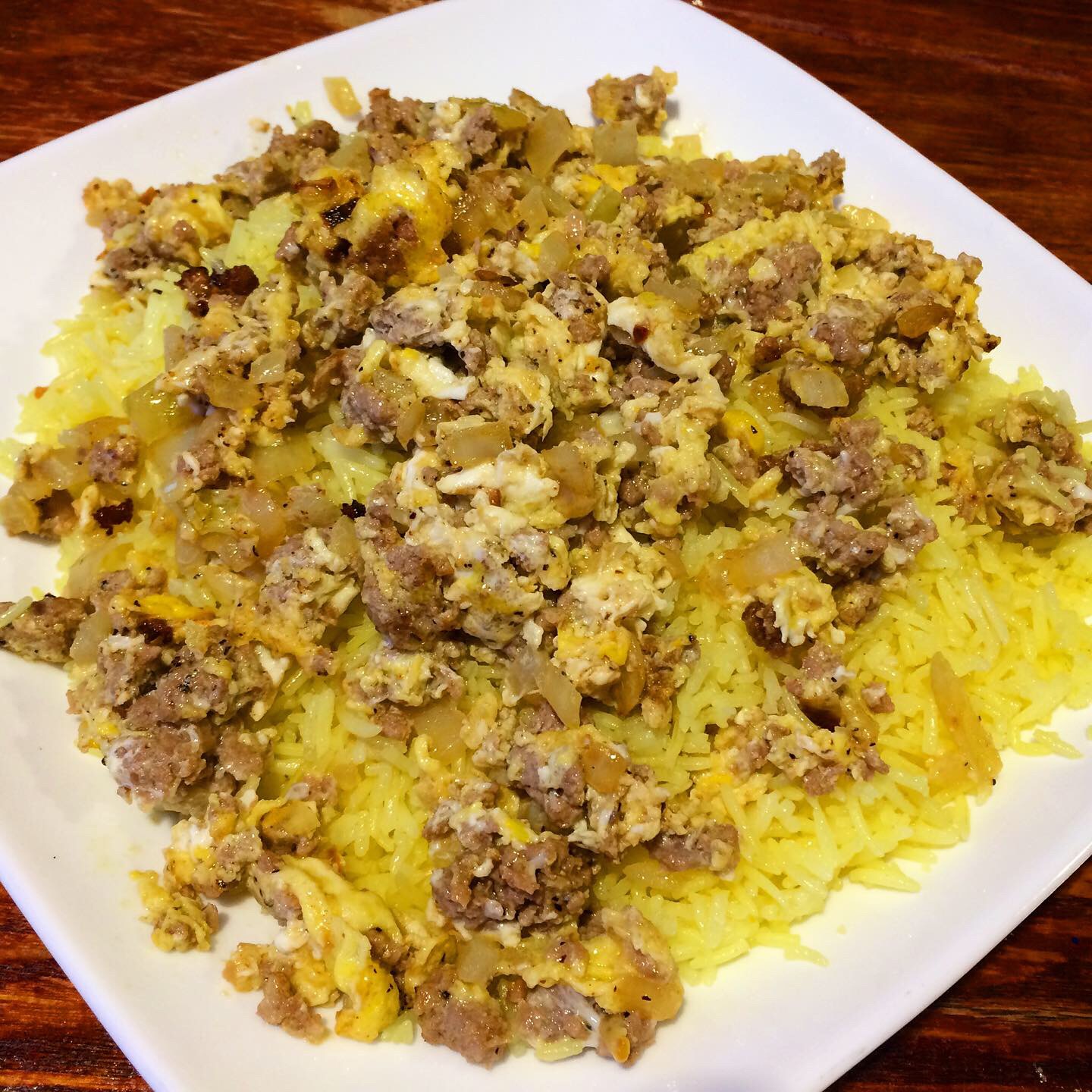 Makhlama, usually found on a breakfast menu, is a mélange of seasoned ground lamb, scrambled eggs, and sautéed onions; in Iraq, the dish is sometimes found deconstructed, with soft-baked eggs riding on top rather than incorporated into the mix – either way, it’s served over rice. Note that the flavor profile of this dish and the qoozi are different so ordering both isn’t as redundant as you might suspect. 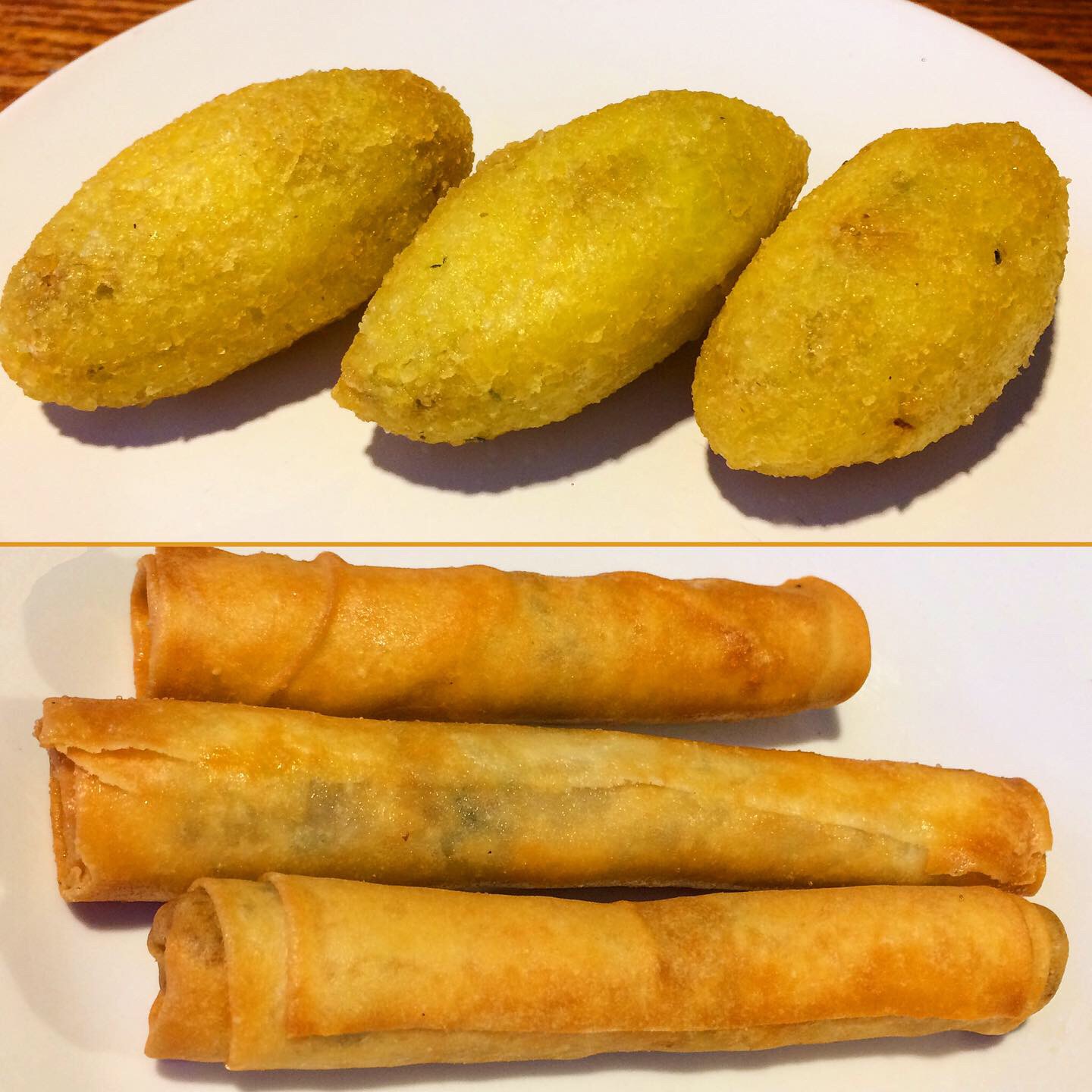 I think these two appetizers shared the same mildly spicy ground meat filling but the similarity ended there. The torpedo shaped Kubba is deep fried with a rice dough crust, crispy (not crunchy) outside, soft inside. The word, like the more familiar word kibbeh (the Middle Eastern treat) and quipe (its Latin American counterpart), comes from the Arabic kubbah meaning ball (looks more like an American football to me); they all share that classic shape. Shown below is crunchy Burraq (think burek), the Iraqi answer to the spring roll. 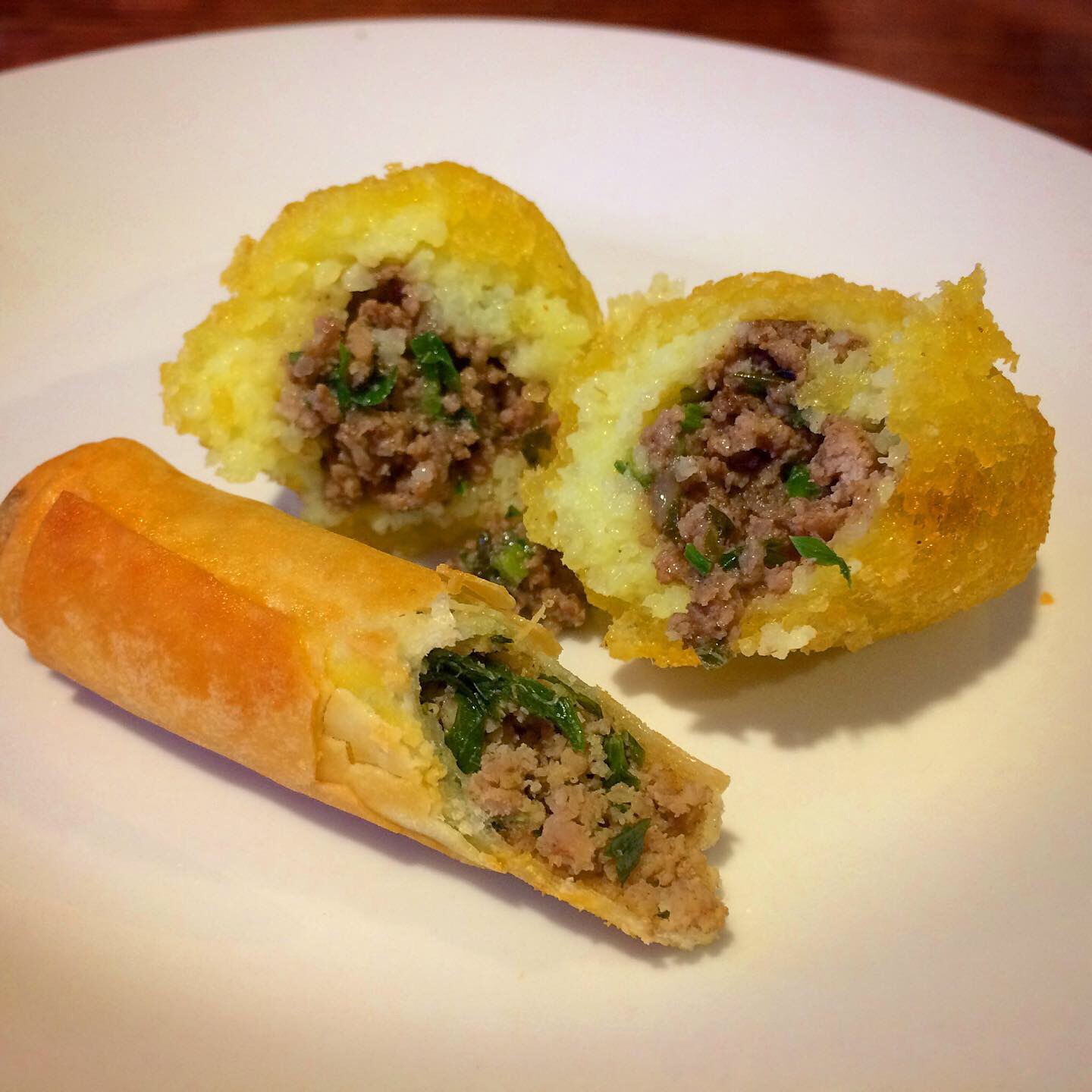