Our destination was vague, “far-flung NYC” per the subject line of the email, so we set our sights on the outer reaches of Queens and, as the song goes, when we reached Jamaica we made a stop. Our peregrinations included Bangladeshi food in Jamaica Hills, and unexpectedly yummy baked goods in South Richmond Hill. Nearby, in Richmond Hill, we paid a visit to Ousha, a Guyanese vendor who sells tropical fruits and vegetables and is a regular at the corner of Liberty Ave and 114th St. There were two items in particular that piqued our interest: 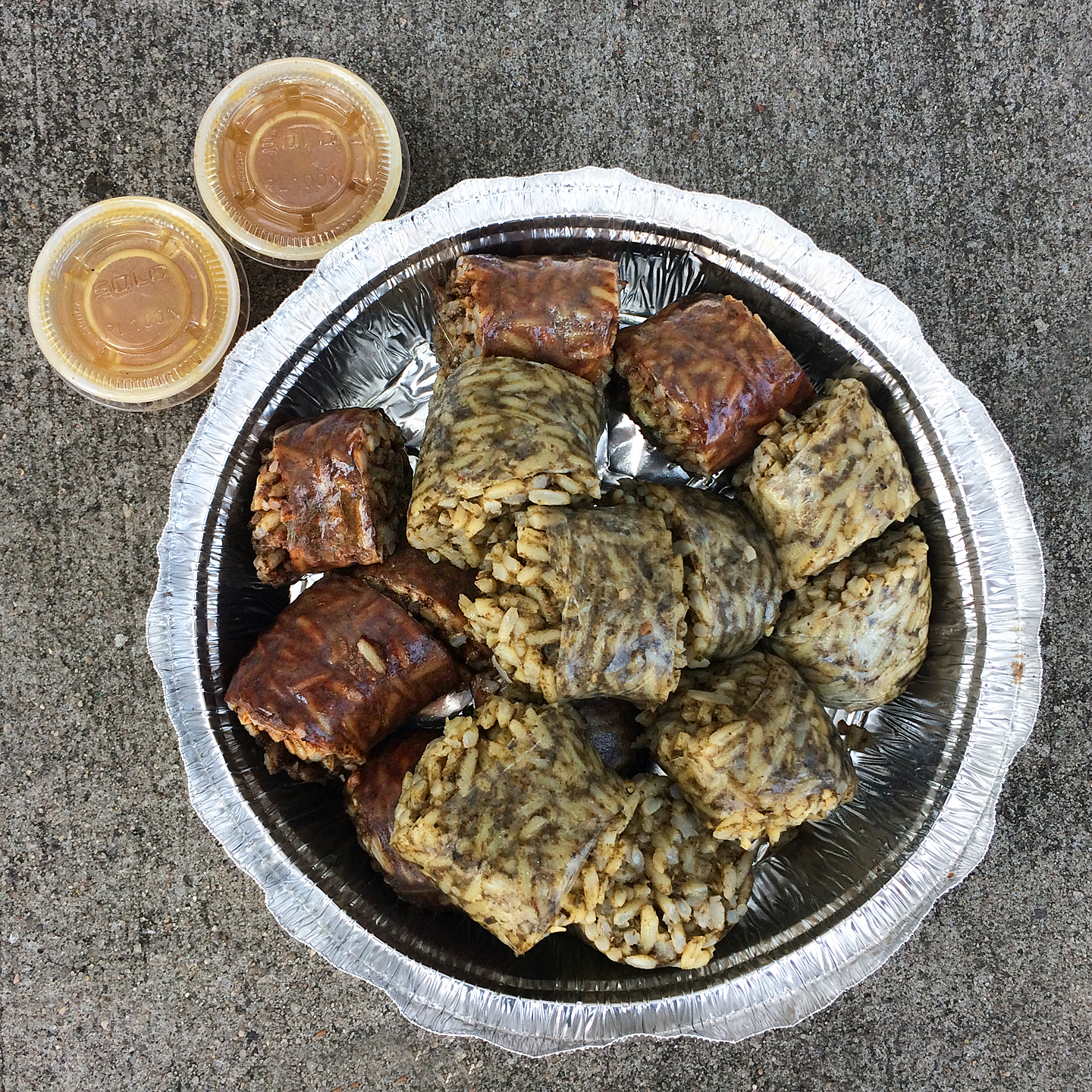 Black Pudding and White Pudding (I’m counting those as one item since they arrived in the same container). These spicy sausages with roots in the British Isles are a distinctly Guyanese variation; both are made with rice, onions, and herbs, but black pudding includes pig’s blood (don’t cringe: in Spain they relish morcilla; in France, boudin; in the Philippines, dinuguan; and plenty more worldwide) and white pudding swaps in coconut milk for the, um, fluid component. The less bloodthirsty among us preferred the white, which is why that recipe was created, or so they say. 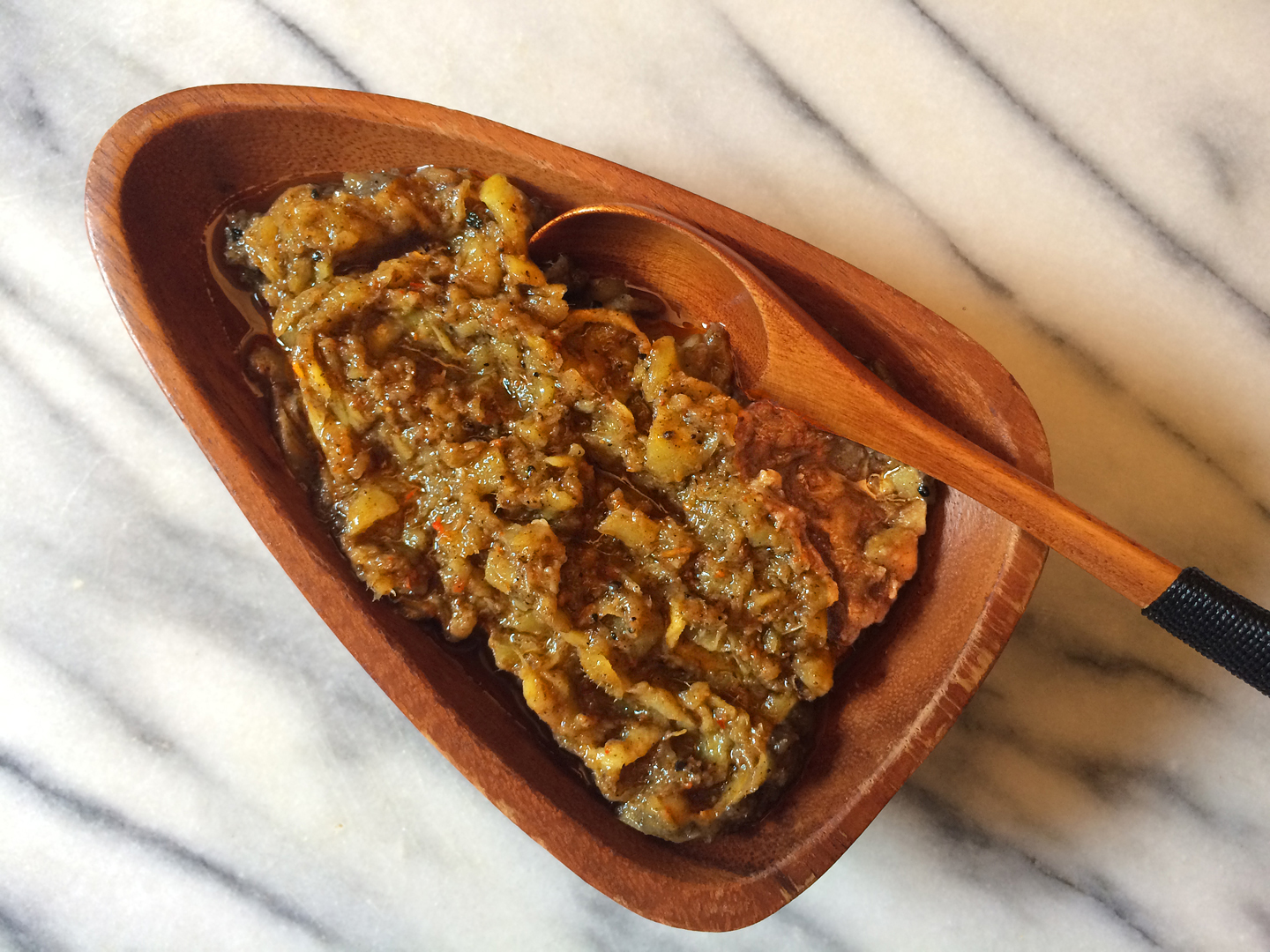 Not spicy enough for ya? This is Ousha’s homemade Mango Achar, a pickled condiment known by several similar names and enjoyed throughout the Caribbean, as well as South and Southeast Asia. On a spice level scale of 1 to 10, where 10 means you can’t taste anything other than incendiary heat (and frankly, that’s too much for me, a confirmed pepperhead), this rendition was a 9.5 – maybe even a little higher. Fortunately, it will keep in my fridge for a while.

A very long while.

Although Guyana is located in northeast South America, its culture is more Caribbean than South American; a former British colony, English rather than Spanish is the official language.

Bakewell, the aptly named Guyanese establishment at 127-08 Liberty Ave in South Richmond Hill, Queens, turned out to be a pleasant surprise; their baked goods were a cut above the competition.

This Guyanese sweet coconut roll known as salara gets its vibrant red hue from food coloring, not some obscure South American red coconut or from Photoshop. Viewing it in the case, I was expecting something a lot drier, but it was moist, doughy, and one of the best of its kind that I’ve experienced. (You know you wanna bite into that, don’t ya now?) 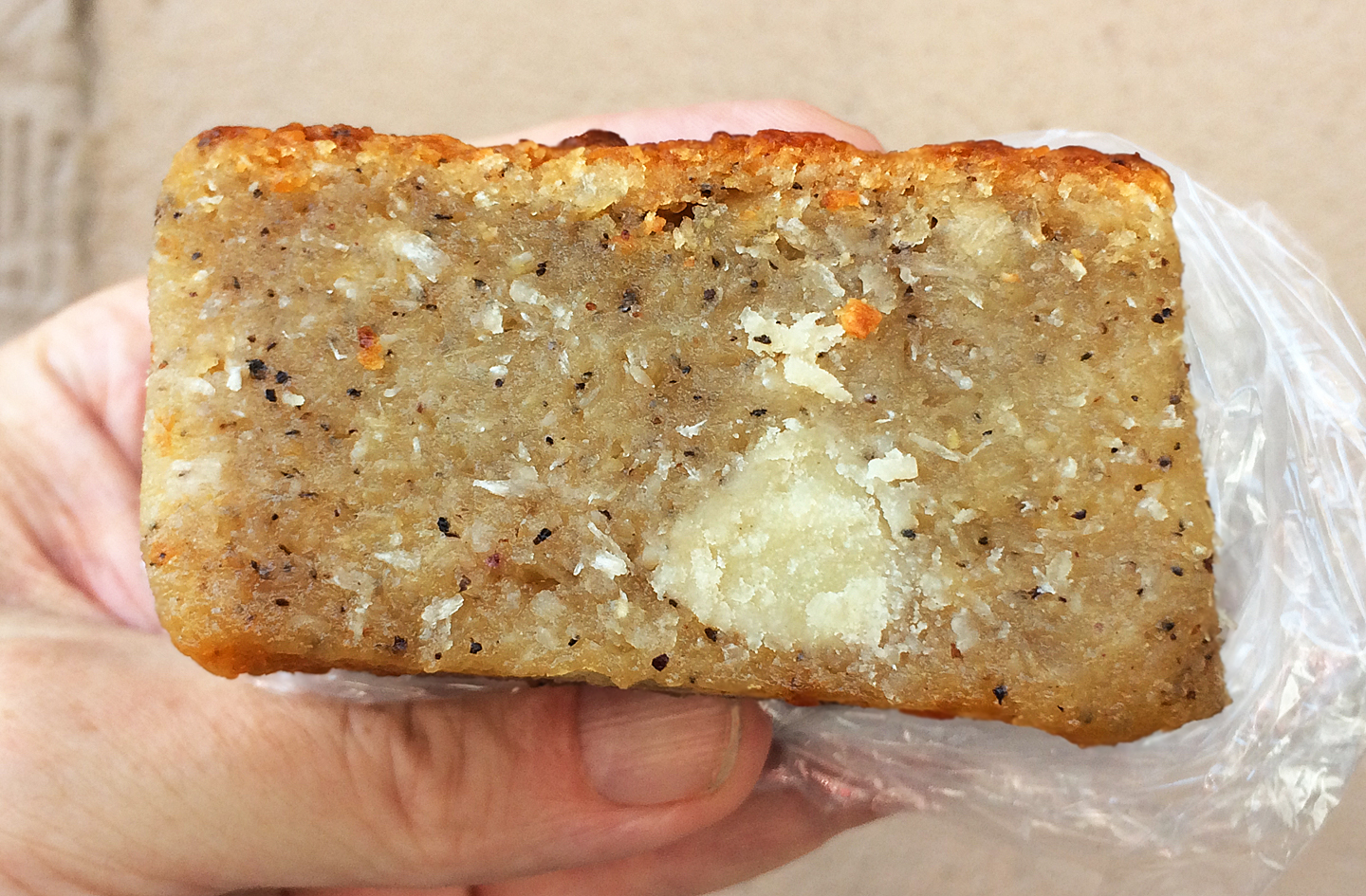 By the same token, their cassava pone was stickier (in a good way), spicier, and generally fresher tasting that those I’ve had in the past – and I’ve sampled many. 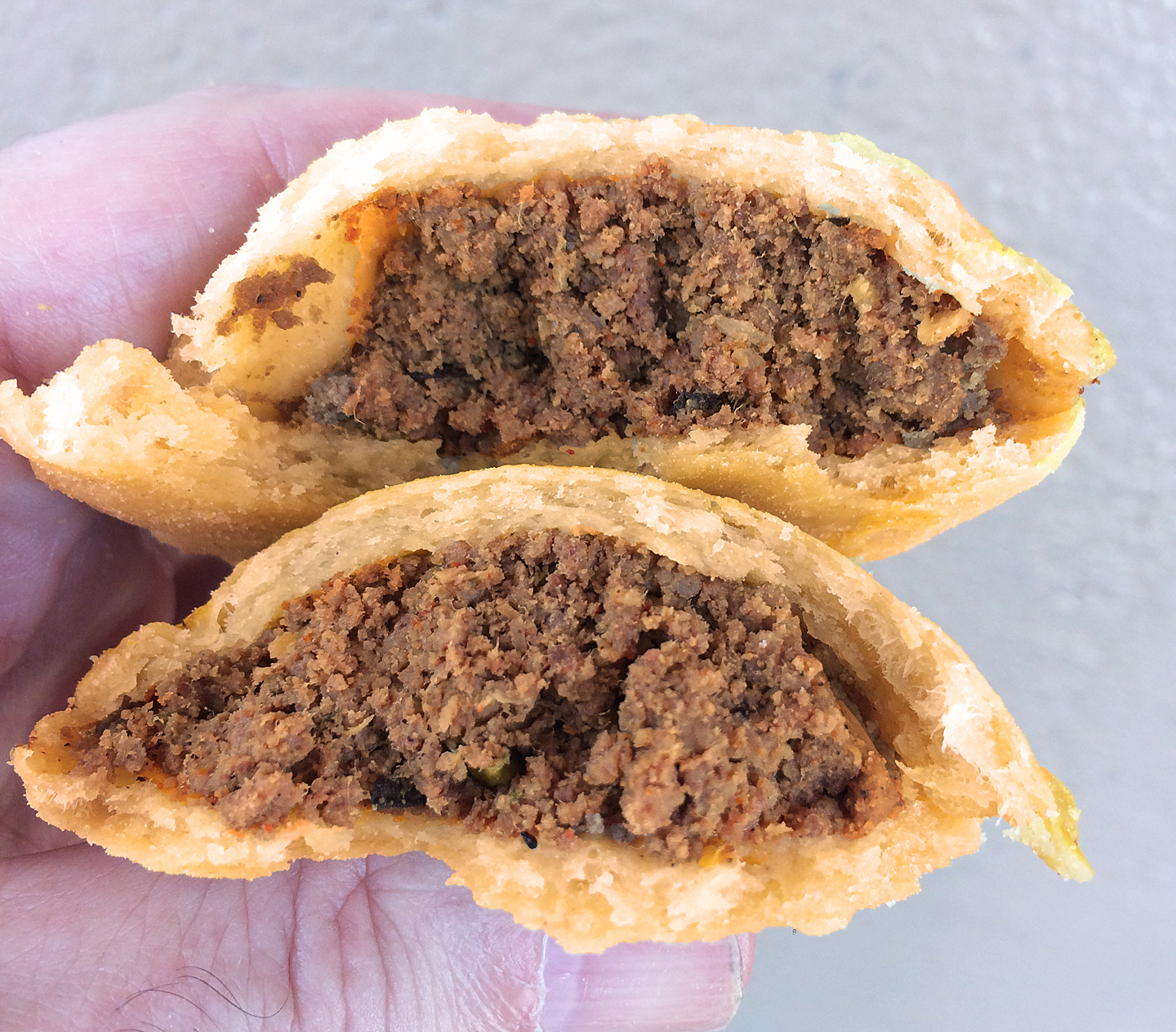 Beef and chicken patties were not bad, gently seasoned with pronounced salty overtones, but the sweets really took the cake that day. 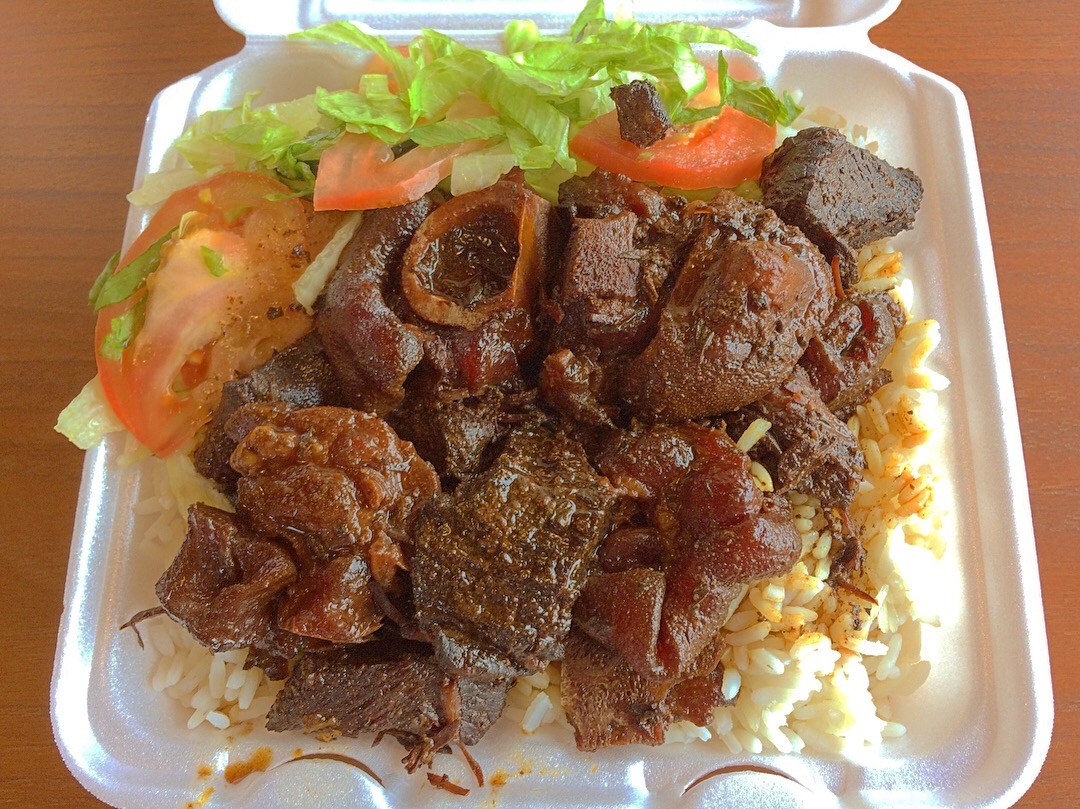 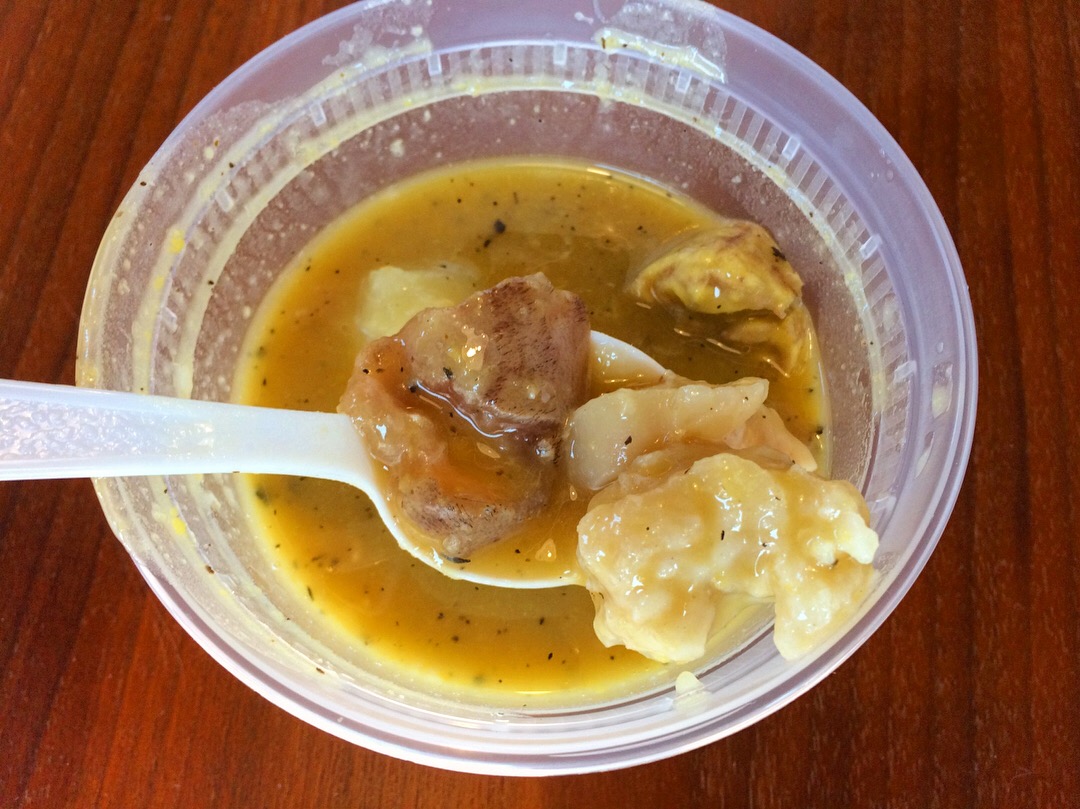 In 1960, Hubert “German” Urling launched a restaurant in Georgetown, Guyana, that focused on local Guyanese dishes, but it was his singular recipe for Cowheel Soup that made the place famous. At German’s Soup, its outpost at 793 Utica Ave in East Flatbush, Brooklyn, we had a chance to taste their OG specialty (Original Guyanese, that is 😉 – second photo) along with a plate of pepperpot, Guyana’s celebrated stewed meat dish redolent of cloves, cassareep, and hot peppers.